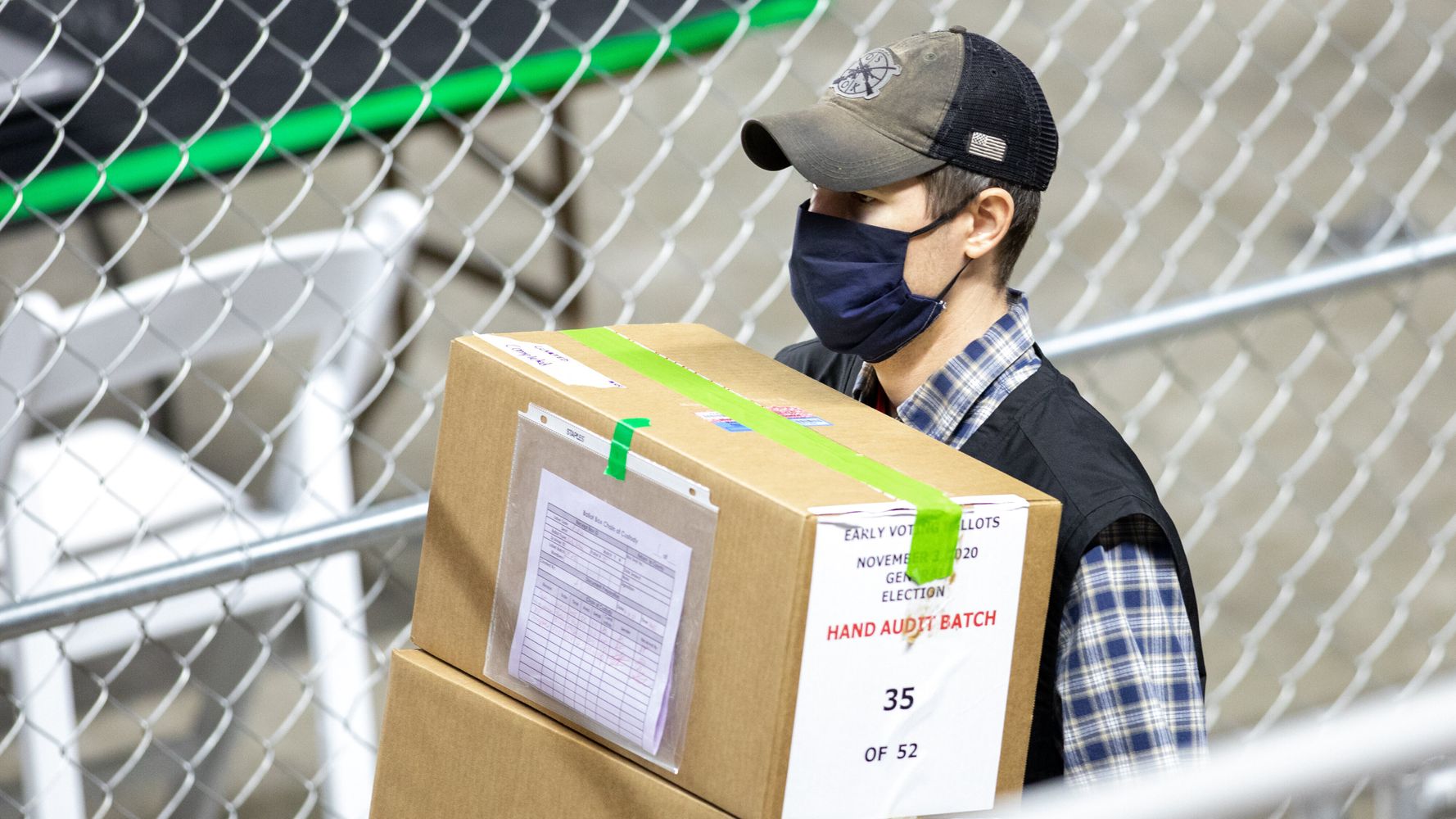 In the latest development in the partisan Republican “audit” of Arizona presidential votes, voting system data has been taken to a secret hideout in Montana.

An unsupervised driver transported copies of ballot data in a truck to a cabin in the community of Bigfork in northwest Montana, several media outlets reported.

The state Senate Republican liaison has “confirmed that copies of voting system data was sent to a ‘lab’ in Montana,” an observer wrote earlier this month on an “SOS” website set up by the office of Arizona Secretary of State Katie Hobbs (D). “He did not specify what security measures were in place, or what the lab in Montana will do with the data, or how long it will be in possession of the copies,” added the note.

Hobbs, who’s running for governor, called the Montana operation “madness.” She said audit organizers promised a “transparent” operation with cameras. “There was no camera in a cabin in Montana,” she said.

“You can’t make this stuff up,” Hobbs told CNN, which refers to the operation as a “fraudit.” “If it wasn’t happening right in front of our eyes, we wouldn’t believe it was happening.” (Check out the video above.)

Arizona Republic journalist Jen Fifield discovered that the cabin now holding the records is the residence of Ben Cotton, founder of digital company CyFIR, which is a subcontractor of the company running the recount. CyFIR’s parent company, Cyber Technologies, also run by Cotton, appears to have the same address in the Montana woods, which was tracked down by CNN this week.

I am deeply concerned that the Cyber Ninjas have moved Maricopa County election data to a residence in Montana – over 1,300 miles from Phoenix – for no discernible reason.

The audit of 2.1 million votes in Maricopa County is hugely controversial. The audit was ordered by state Senate Republicans, and only involves races won by Democrats. The partisan review by the Cyber Ninjas company, which has no experience with elections, is headed by conspiracy theorist Doug Logan, a promoter of the “Big Lie” that the election was rigged. He posted messages months ago that “hundreds of thousands” of new votes would inevitably be found for Donald Trump.

In one off-the-rails operation, Cyber Ninjas operatives are seeking evidence of bamboo fibers in ballots as proof that China interfered with the election. One of the auditors actually appears on the same ballots he’s reviewing as both a failed GOP candidate and an elector for Trump.

Election officials have warned that large numbers of the unsecured ballots may already have been altered or trashed, and are now completely unreliable — and that manipulation of voting machines has rendered them unusable for future elections.

As for the Montana grab of voter data, “at this point in the audit, nothing really is surprising to me,” Fifield told Montana NBC affiliate KGVO-TV. “The Senate has never told us the full list of contractors involved and the names of the people. It’s been like a puzzle trying to put everything together.”

State Senate liaison Ken Bennett confirmed to KGVO that the “powerful lab” is run by Cotton. Transported data was downloaded from the hard drives that Maricopa County used in the election, he said. It may or may not include voter registration data, and some of it could be sensitive, Bennett said.

Fifield said technology experts have warned of the danger of “unfettered access” in Montana to data that could contain voters’ private information.

Cotton refused to discuss the data with KGVO because he said he has signed a nondisclosure agreement.

The Arizona vote was certified more than six months ago by Republican Gov. Doug Ducey after several recounts failed to find any irregularities. Joe Biden beat Trump by 10,457 votes in the state. Biden edged out his rival by more than 2 percentage points ― about 45,000 votes ― in Maricopa County, which includes Phoenix.

Trump has indicated to guests at his Mar-a-Lago resort in Florida that he thinks votes unearthed for him by the Cyber Ninjas could be his way back to White House reinstatement.