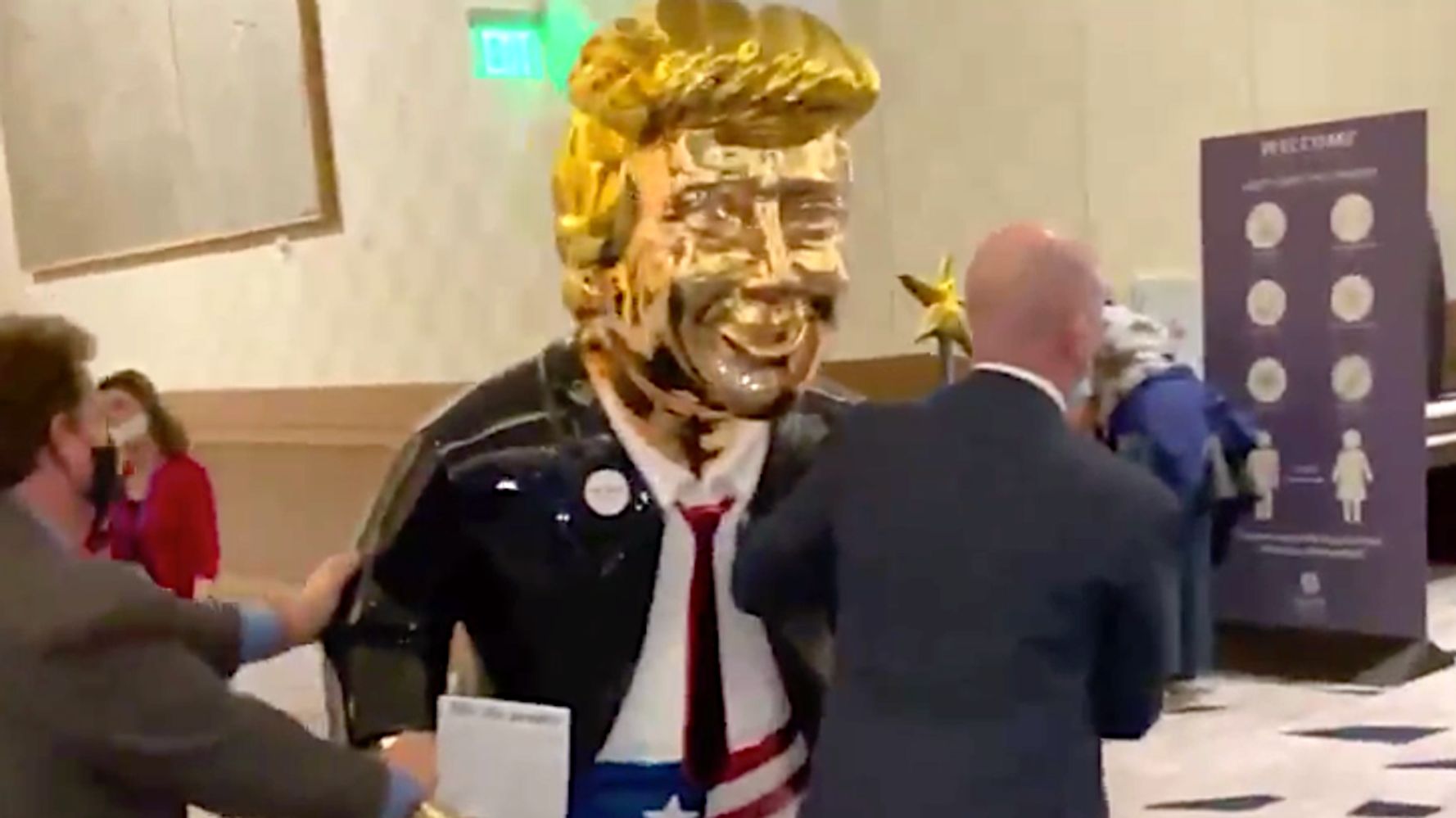 Video of the statue being admired as it’s wheeled into place prompted people on social media to compare it to a much older example of idol worship.

Trump is scheduled to speak at the gathering on Sunday, but it looks like his presence is already being felt.

And social media erupted in jokes about the golden calf ― you know, the idol that the Old Testament says got Moses so furious that he shattered the Ten Commandments tablets when he saw people worshipping it.

They went with the Golden Ass instead