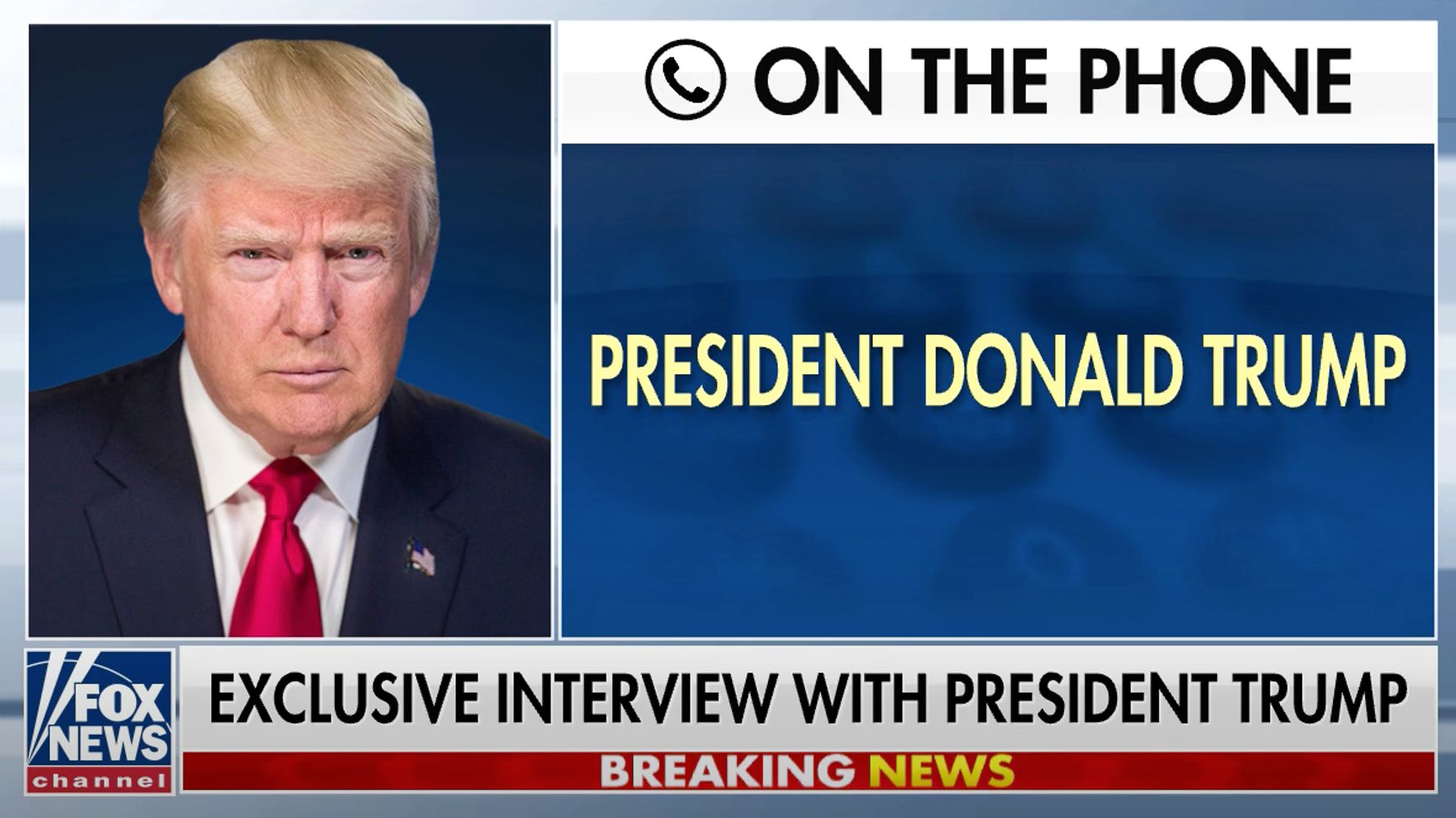 President Donald Trump baffled critics as he ranted at length in a bizarre phone interview with Fox News host Sean Hannity Thursday night that touched on everything from his health to alleged efforts by Democrats to build buildings with tiny windows.

Before the call, White House physician Sean Conley ― who has repeatedly provided ambiguous and inconsistent information since Trump was diagnosed with COVID-19 ― said in a memo that Trump would be ready to return to public events this weekend. Trump announced his positive diagnosis early Oct. 2 and was hospitalized later that day.

Hannity, a staunch Trump cheerleader, asked the president directly ― three times ― if he had tested negative for the virus. Trump dodged the questions and babbled instead about the drug cocktail he took and how he’s in great shape, even though he was heard coughing multiple times during the call. He said he’s ready to hold rallies this weekend.

High as a giraffe’s ass and evasive is no way to do an interview. Not good when even Hannity isn’t convinced. https://t.co/GLELrm3fJB

Mark the date, we have reached the point where even Sean Hannity is asking Trump simple questions that the president can’t or won’t answer https://t.co/HgMpIsOCJn

When asked about climate policies proposed by Democratic presidential nominee Joe Biden and his running mate Sen. Kamala Harris (D-Calif.), Trump claimed his opponents want to tear down buildings and erect new ones with “tiny little windows, little windows, so you can’t see out, they can’t see the light.” (There is no mention of windows in Biden’s climate recommendations, according to Politifact.)

“California is gonna have to ration water. You wanna know why? Because they send millions of gallons of water out to sea, out to the Pacific. Because they want to take care of certain little tiny fish, that aren’t doing very well without water.” — Trump pic.twitter.com/g0PrXZRgOq

He also declared that America under Biden would be a “9th world country”; falsely accused Virginia Gov. Ralph Northam (D) of supporting the execution of babies after birth; attacked Michigan Gov. Gretchen Whitmer (D) ― the target of a foiled kidnapping and domestic terror plot hatched by a Michigan militia ― for “complaining”; and again refused to commit to a peaceful transfer of power should he lose the election.

Frustrated viewers took to Twitter to vent about the absurd deluge of misinformation:

Without prodding, Trump goes right after the “peaceful transition of power“ question and Hannity practically throws himself on top of the telephone to stop him

Like at the end of Oscar speeches, Hannity closing music comes on as Potus still talking

when you’re immune to cornavirus pic.twitter.com/A3CAuFenGW

I just heard him say this on Hannity and had to search Twitter to make sure I wasn’t hallucinating this batshitness https://t.co/AF0hFtGUDI

Trump on hannity hocking up phlegm balls, coughing and accusing Biden/Harris of wanting buildings to have “tiny windows because of the environment”#25thAmendment

I love how they put “Exclusive” when Trump is on Hannity. Exclusive other than the hour on Fox Business this morning, and the call it to “Fox & Friends” in the morning.

when you have no symptoms https://t.co/qVR2Du4mKP