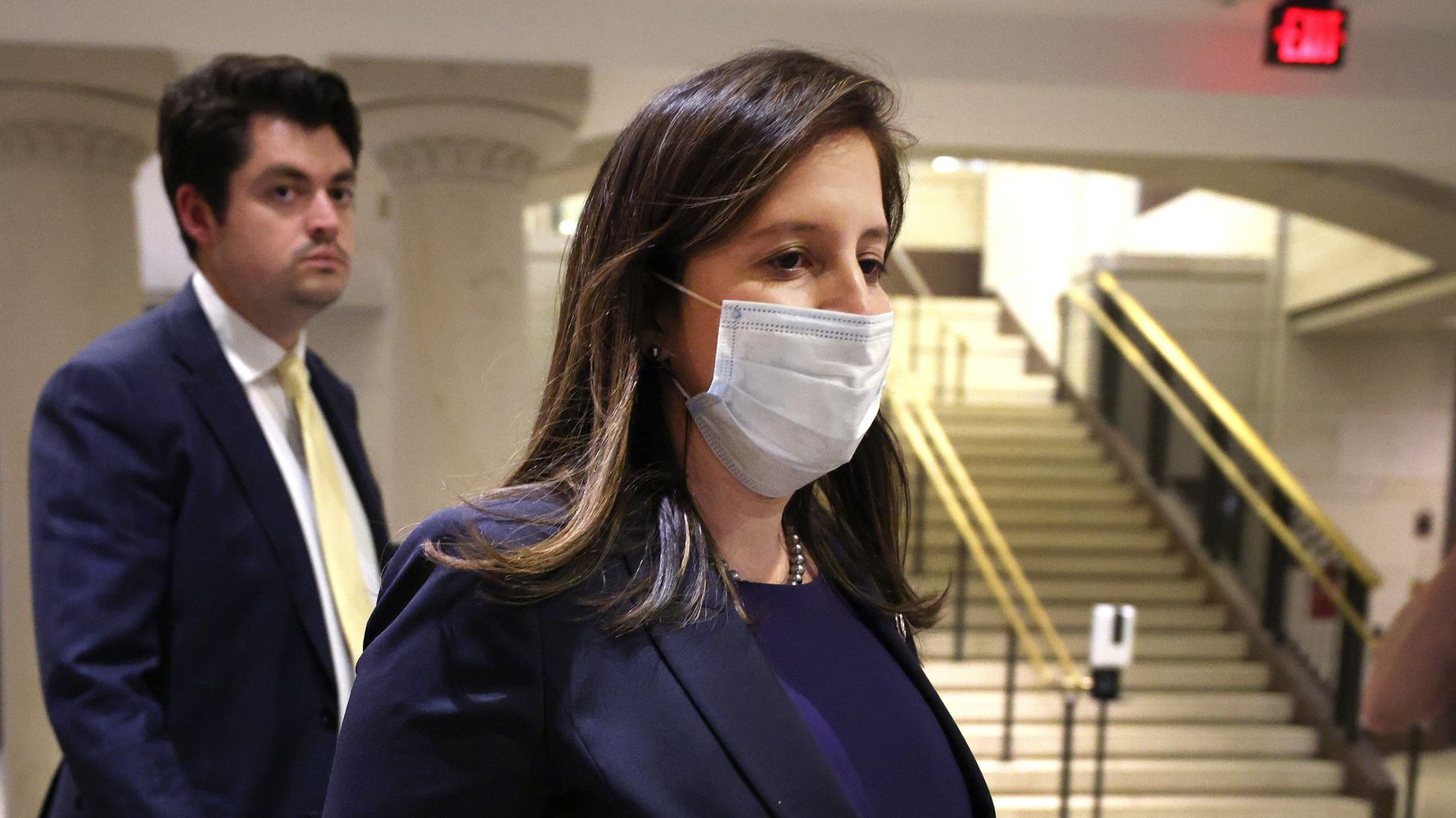 Stefanik, R-N.Y., a moderate turned Trump loyalist who’s given voice to many of his false claims about election fraud, was elected as expected to the No. 3 post that Cheney, R-Wyo., held for over two years.

Stefanik, 36, gives Republicans a chance to try changing the subject from the acrimonious fight over the defiant Cheney by installing a Trump loyalist — and one of the party’s relative handful of women in Congress — in a visible role.

But GOP schisms are unlikely to vanish quickly. Many hard-right conservatives have misgivings about Stefanik’s centrist voting record, and tensions remain raw over Trump’s taut hold on the party and Cheney’s rancorous ouster.

At a time when Cheney and other anti-Trump Republicans are trying to pull the party away from him, Stefanik reaffirmed her view of his importance, underscoring his continued sway within the party.

Republicans booted Cheney out of leadership this week for repeatedly rebuking Trump for encouraging supporters who attacked the U.S. Capitol on Jan. 6 and for his lie that his 2020 reelection was stolen from him by fraudulent voting.

She has defiantly said she will continue lambasting Trump, who remains potent within the GOP, and would work to defeat him should he mount a 2024 bid to return to the White House.

Stefanik got an early start lining up votes to succeed Cheney, a decisive factor in leadership races. She’s also backed by Trump and House Minority Leader Kevin McCarthy, R-Calif., plus two of the House’s most influential conservatives: No. 2 House GOP leader Steve Scalise of Louisiana and Rep. Jim Jordan, R-Ohio.

Cheney, a daughter of former Vice President Dick Cheney and an ambitious GOP force in her own right, was among 10 House Republicans who voted this year to impeach Trump for inciting the Capitol riot. Since then, she’s battled Trump often and many Republicans ultimately turned against her, arguing that the dispute was a damaging distraction.

Even so, Cheney is not going away. She’s said she’ll remain in Congress, run for reelection and actively work to derail Trump if he seeks a White House return in 2024.

Stefanik has told colleagues she’d serve in the leadership job only through next year, according to a GOP lawmaker and an aide who spoke on condition of anonymity last week to discuss internal conversations. After that, she’d take the top GOP spot on the House Education and Labor Committee, which some consider a more powerful position because it can produce legislation on important issues.

Stefanik is a four-term lawmaker from an upstate New York district that in the past four presidential elections backed both Trump and Barack Obama twice. She was a Trump critic during his 2016 campaign, calling his videotaped comments on sexually assaulting women “just wrong” and at times avoiding stating his name, local news reports said.

Her voting record is among the most moderate of all House Republicans’, according to conservative groups’ ratings. She opposed Trump’s marquee 2017 tax cuts and his efforts to divert budget funds to build a wall along the Mexican border.

She hurtled to GOP prominence — and Trump’s attention — by defending him in 2019 during his first impeachment over his efforts to pressure Ukraine to produce political dirt on Joe Biden, a Democratic presidential contender at the time.

She has remained a Trump booster and joined him in casting doubt on the validity of the 2020 election, despite findings by judges and local officials that there was no evidence of widespread fraud. Hours after the Capitol attack, she voted against formally approving Pennsylvania’s state-certified electoral votes.

Roy said Thursday on “The Mark Davis Show,” a Dallas-based conservative talk show, that Stefanik was too moderate and should be challenged from the right. He also conceded there was a “big likelihood” Stefanik would win.

Trump reiterated his support for Stefanik on Thursday and said in a statement that Roy “has not done a great job” and would likely lose the GOP primary for his seat next year.

Roy ran afoul of Trump in January when he voted to formally certify Trump’s Electoral College defeat, saying the Constitution left “no authority for Congress” to overrule states’ handling of the election.