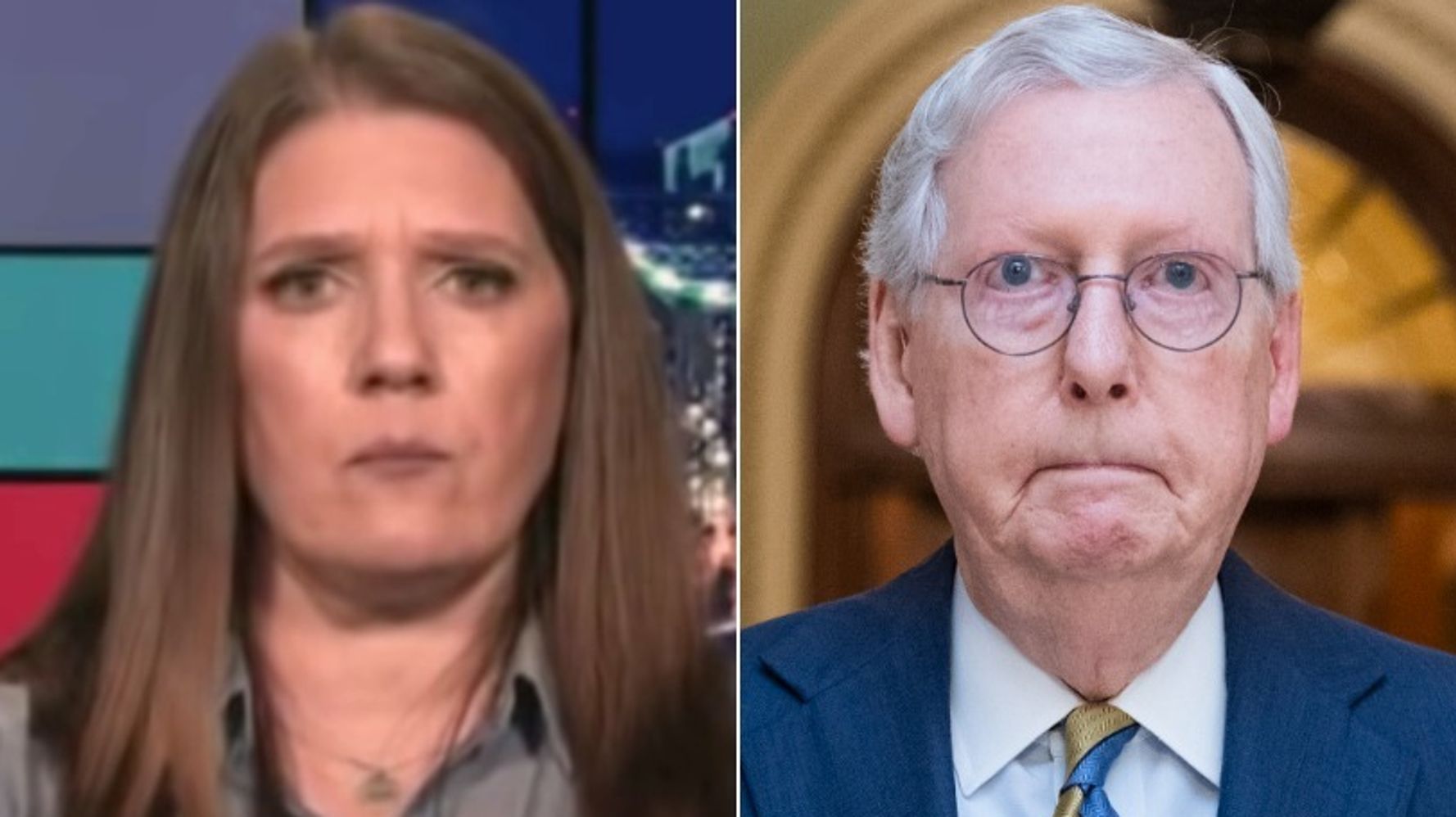 Mary Trump has delivered a scathing critique of Senate Minority Leader Mitch McConnell in a new essay, describing the Kentucky Republican as “the most dangerous Republican enabler” of her uncle, Donald Trump.

In a lengthy article for The New Republic published Thursday, the former president’s niece slammed McConnell as “the greatest traitor to this country” since Confederate Army Gen. Robert E. Lee.

But “with the difference that McConnell has been trying to take our country down from within,” she wrote.

McConnell “has always been expert at using existing rules and procedures in ways they weren’t intended to be used,” wrote Mary Trump, who is now one of her uncle’s most fierce critics.

“And yet ― whether it was denying Merrick Garland a hearing, pushing through Amy Coney Barrett’s confirmation, or ending the filibuster as it applied to Supreme Court nominees but employing it to block legislation that would expand voting rights ― his anti-democratic maneuvers have been performed within the bounds of the system,” she added.

Mary Trump acknowledged a case of treason could never be made against McConnell, but added it was difficult “to find anybody in modern times who has so undermined our democracy.”