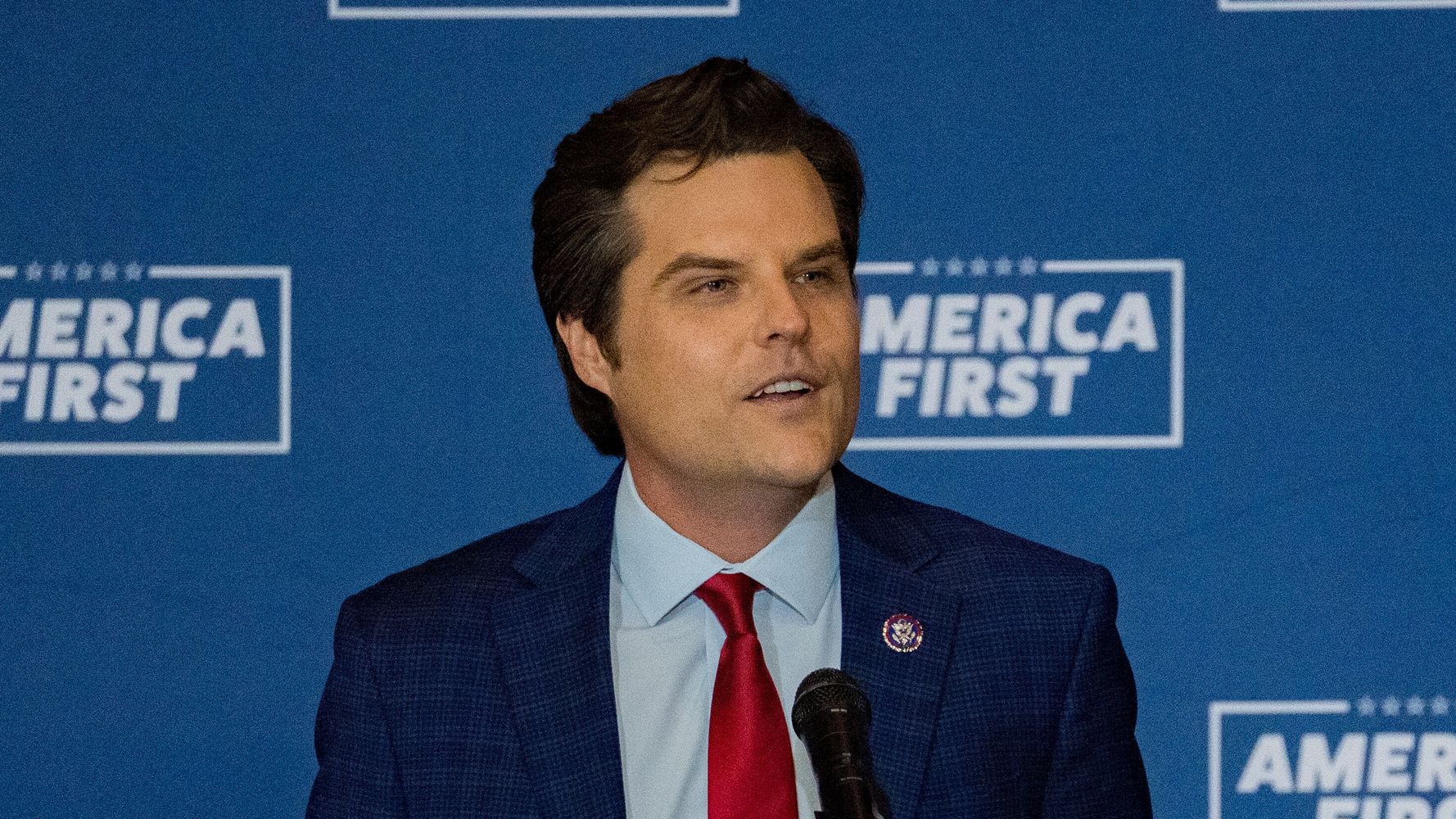 Rep. Matt Gaetz, the Florida Republican under federal investigation for alleged sex trafficking, suggested Thursday that followers should use their Second Amendment rights against social media companies that silence conservatives.

“The internet’s hall monitors out in Silicon Valley, they think they can suppress us, discourage us,” he said at a rally in Dalton, Georgia, co-hosted by Rep. Marjorie Taylor Greene (R-Ga.). “Well you know what? Silicon Valley can’t cancel this movement, or this rally, or this congressman. We have a Second Amendment in this country, and I think we have an obligation to use it.”

Gaetz, a Donald Trump disciple and leading mouthpiece for Trump’s stolen election lie ahead of the Jan. 6 insurrection, made the comment one day after a gunman killed nine people in San Jose, in the heart of California’s Silicon Valley. That shooting continues a recent spate of mass shootings across the country.

NEW: Tonight Florida Congressman Matt Gaetz, who is under investigation over allegations of prostitution and public corruption, suggested conservatives shoot people in Silicon Valley for their “cancel culture.” pic.twitter.com/5cOIyAnJDT

A representative for Gaetz did not immediately respond to a request for comment.

Gaetz was speaking as part of an “America First” tour with Greene that’s been characterized as a Trump rally without Trump. Trump was banned from most mainstream social media platforms earlier this year after his rhetoric inspired the Capitol riot.

Cycling through the usual far-right talking points, the two have fixated on false claims about the 2020 presidential election and railed against Big Tech, antifa, the media and RINOs, or “Republicans in Name Only.”

“This is not speech protected by the First Amendment. This is beyond yelling fire in a theater,” Kinzinger tweeted.

Dear @GOPLeader: You need to remove Rep Matt Gaetz from the House Judiciary Committee. It’s a conflict of interest for Gaetz to have oversight over the DOJ that is investigating him for sex crimes.

Greene was stripped of her committee assignments months after taking office after past social media activity showed she’d endorsed violence against Democrats and expressed support for conspiracy theories that mass shootings were staged.

The Justice Department is investigating whether Gaetz paid women and at least one underage teen to travel across state lines for sex.