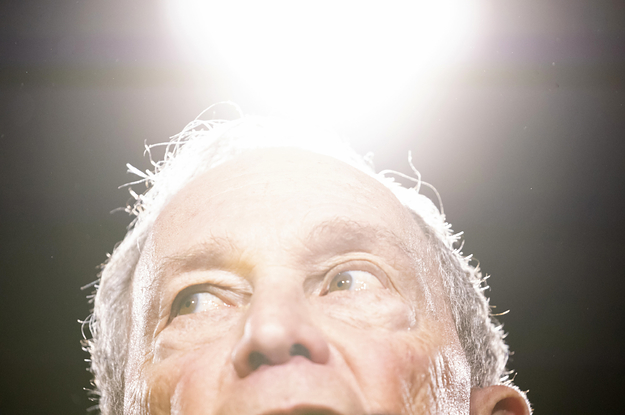 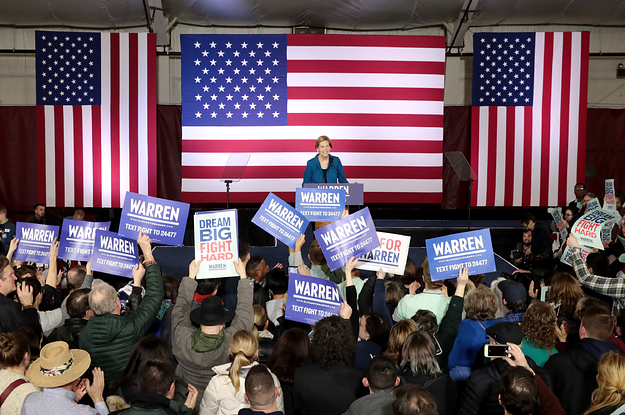 February 12, 2020
MANCHESTER, New Hampshire — Elizabeth Warren had lost, badly, in a state next door to her own. She ran up onto the stage without her usual introduction and sped through a speech from a podium, and not long after the polls had closed, it was over. Except for the selfie line, the fixture of Warren’s 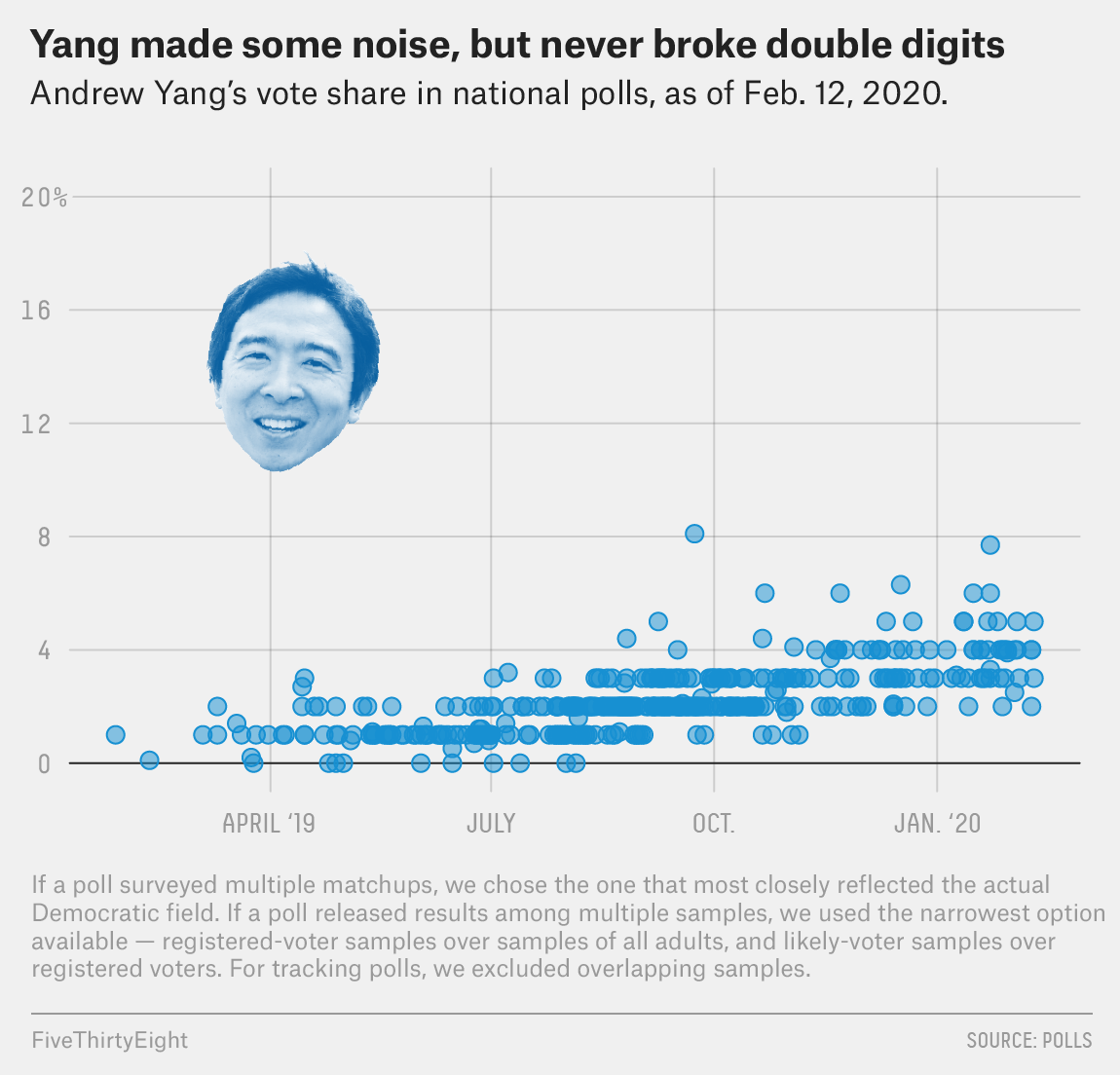 February 12, 2020
Not a single Democratic candidate dropped out of the race after the Iowa caucuses — no doubt because of the messy result there. But the early states have now started to do their traditional job of winnowing the field. It just took the New Hampshire primary to get things going. The first to go: Andrew

What Are The X-Factors That Could Shake Up New Hampshire?

February 10, 2020
Welcome to a special edition of FiveThirtyEight’s weekly politics chat. The transcript below has been lightly edited. sarahf (Sarah Frostenson, politics editor): It’s hard to believe that last Monday was the Iowa caucuses and now, it’s time for New Hampshire to vote for a Democratic nominee tomorrow. Obviously, we missed the big X factor of

Joe Biden Is Preparing For The Worst In New Hampshire

February 10, 2020
MANCHESTER, New Hampshire — Is it too late for Joe Biden? On Saturday afternoon in the first primary state, that question was as loaded as can be. Days earlier he had finished a distant fourth in Iowa. At the debate the night before he had effectively conceded New Hampshire. And at the moment Biden was 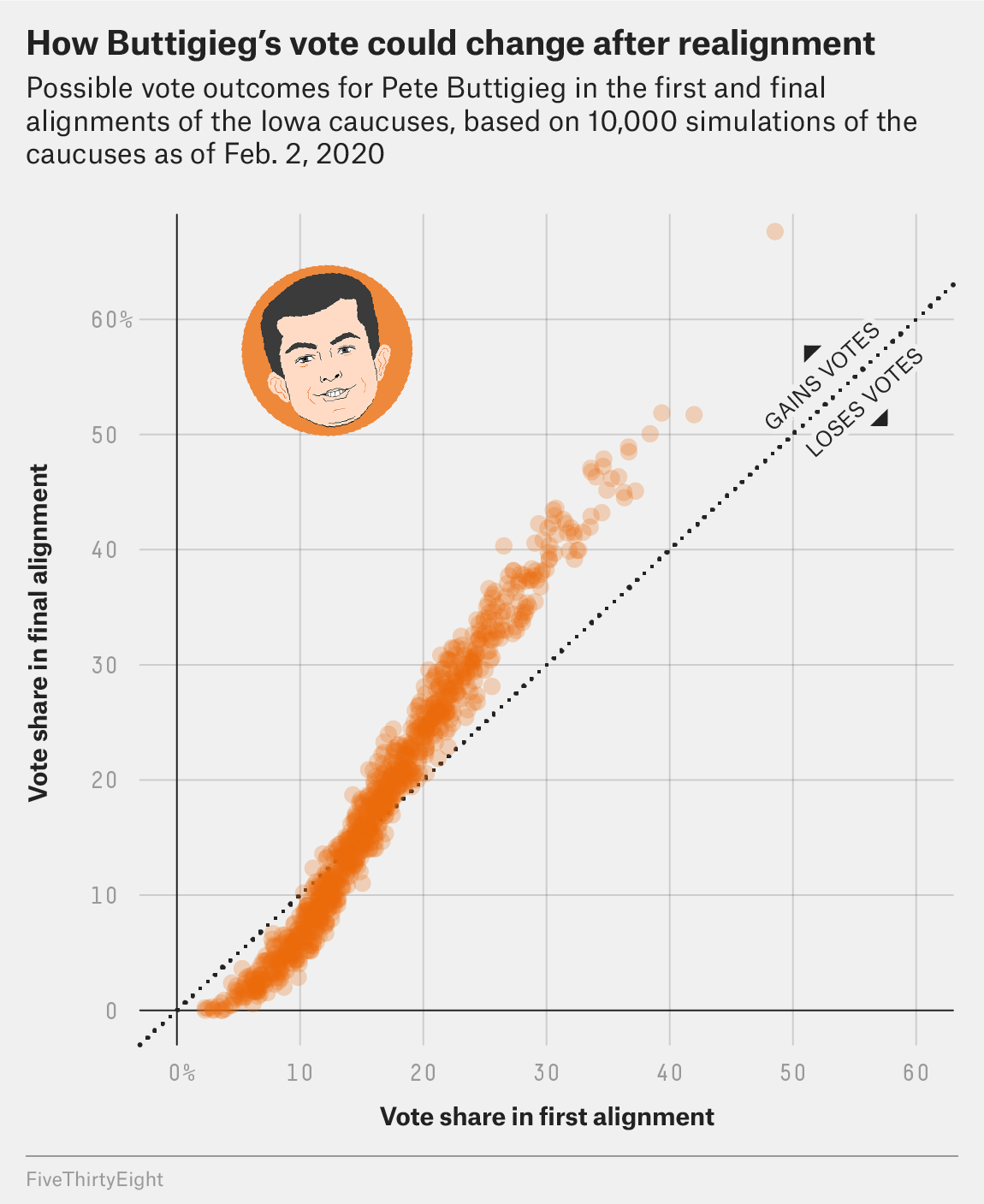 How Iowa’s Three Different Votes Could Affect Who ‘Wins’

February 3, 2020
If you’re an electoral politics junkie, you may have already read something about how Iowa could actually produce three different winners (!) on Monday night. What the heck does that actually mean? Let me explain — while also giving you some insight into how our forecast model handles these different versions of the vote count,

He Might Win Iowa. But Don’t Ask Bernie Sanders How He’s Feeling.

February 3, 2020
IOWA CITY, Iowa — Was he in a better mood than usual? A campaign spokesperson, Mike Casca, shrugged: not particularly, no. There were hints, at least, to the contrary. Maybe. In Iowa City, after he cut in on his wife Jane’s speech at a coffee shop, the two wrestled flirtatiously over the microphone: “I’m gonna 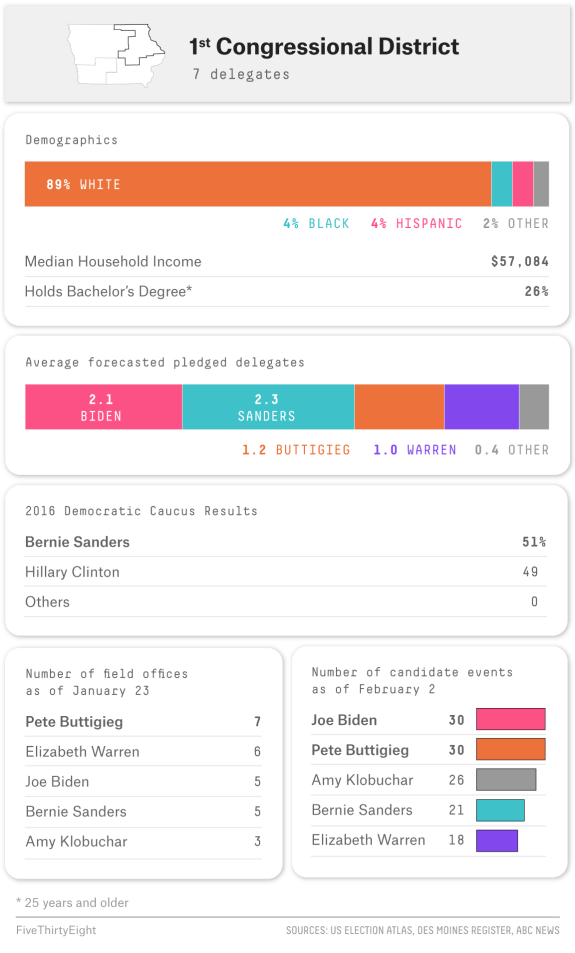 February 3, 2020
Tonight’s Iowa caucuses kick off a multi-step process that will eventually send 41 pledged delegates to the Democratic National Convention. But did you know that only 14 of them are assigned to candidates based on their statewide results in Iowa? The remaining 27 are based on the results in each of the Hawkeye State’s four

Who Is The Yang Gang’s Second Choice? His Diehard Supporters Aren’t Sure They Have One

February 3, 2020
BOONE, Iowa — Andrew Yang has pitched himself as the only Democratic candidate who can unite people from across the political spectrum to join his campaign or to vote for a Democrat for the first time. But the ideological diversity of Yang’s supporters’ could have unpredictable consequences on the night of the Iowa caucus. Voters

January 29, 2020
Ripping into the “vulture capitalists” and political elites who favor debt-restructuring schemes that penalize Puerto Rico’s poor and working-class families, Bernie Sanders brought his populist presidential bid to San Juan Monday. And as he has throughout his run for the 2016 Democratic nomination, Sanders argued that democratic options must be expanded in order to let