Ticked-Off Florida Seniors Turn On Trump In Scathing CNN Segment: ‘He Blew It’

July 3, 2020
While Trump defeated former Secretary of State Hillary Clinton there in 2016, polls show him trailing the former vice president by an average of 7.1%, according to FiveThirtyEight (though it’s worth noting that Trump trailed Clinton by a similar margin in Florida in July 2016). Now, a new video from CNN shows why Trump might be 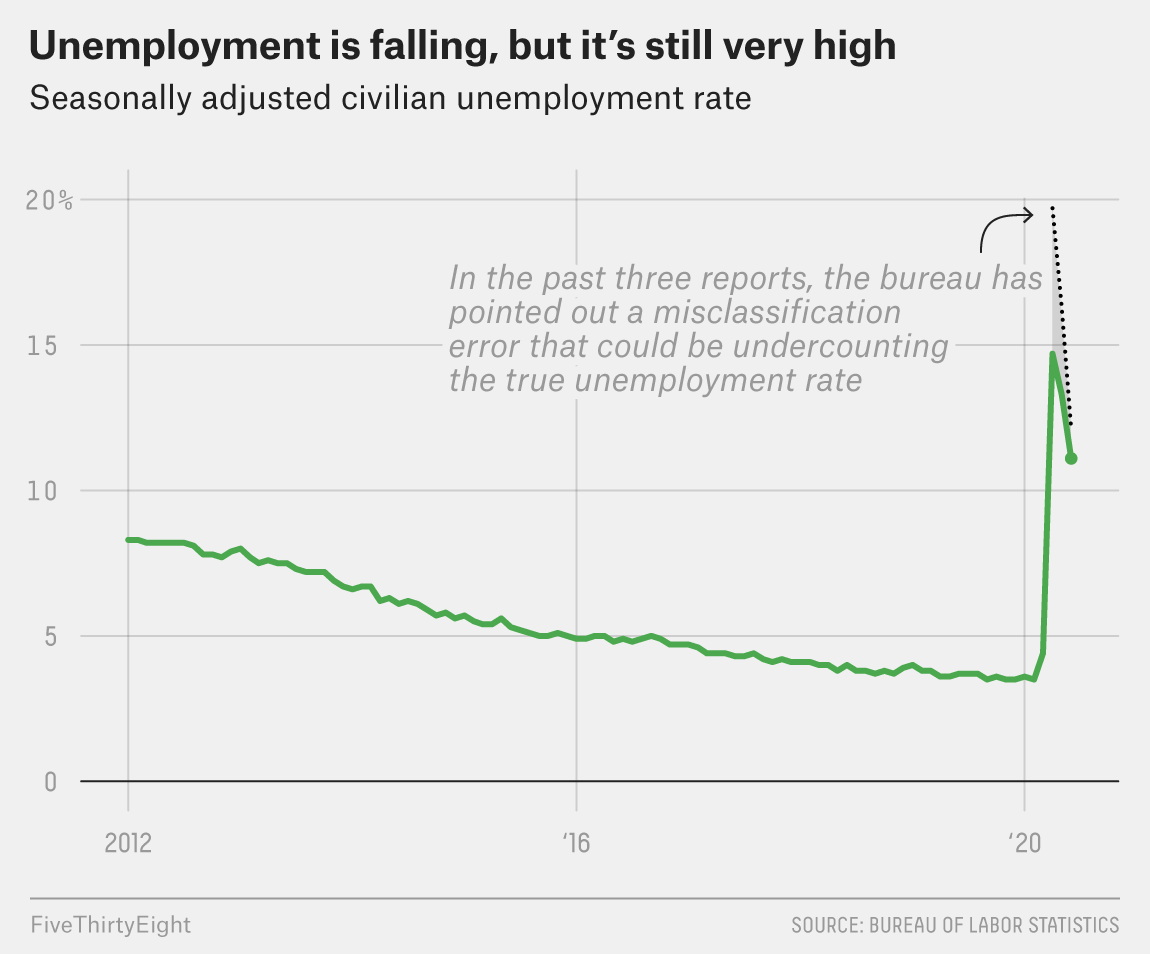 The Unemployment Rate Is Falling, But More People Are Losing Their Jobs Permanently

July 2, 2020
These days, reading the monthly jobs report can feel like opening a time capsule. According to the data for June, which was released today, the recovery from the COVID-19 recession was still chugging along as of the middle of last month, when the two surveys that form the backbone of the report were conducted. The 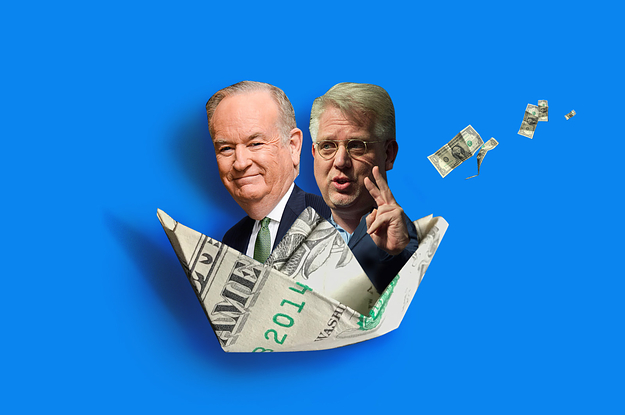 People Spent Thousands To Go On A Cruise With Glenn Beck. Now They Can’t Get Their Money Back.

June 26, 2020
Last June, Jeff and Jennifer Welliver heard about a cruise around the Mediterranean to be hosted by conservative radio host Glenn Beck and featuring other right-wing luminaries like Bill O’Reilly. Jeff, 68, a retired pharmacist, and Jennifer, 66, had never been on a cruise before. But they’re conservatives, and “this was Glenn Beck– and Bill 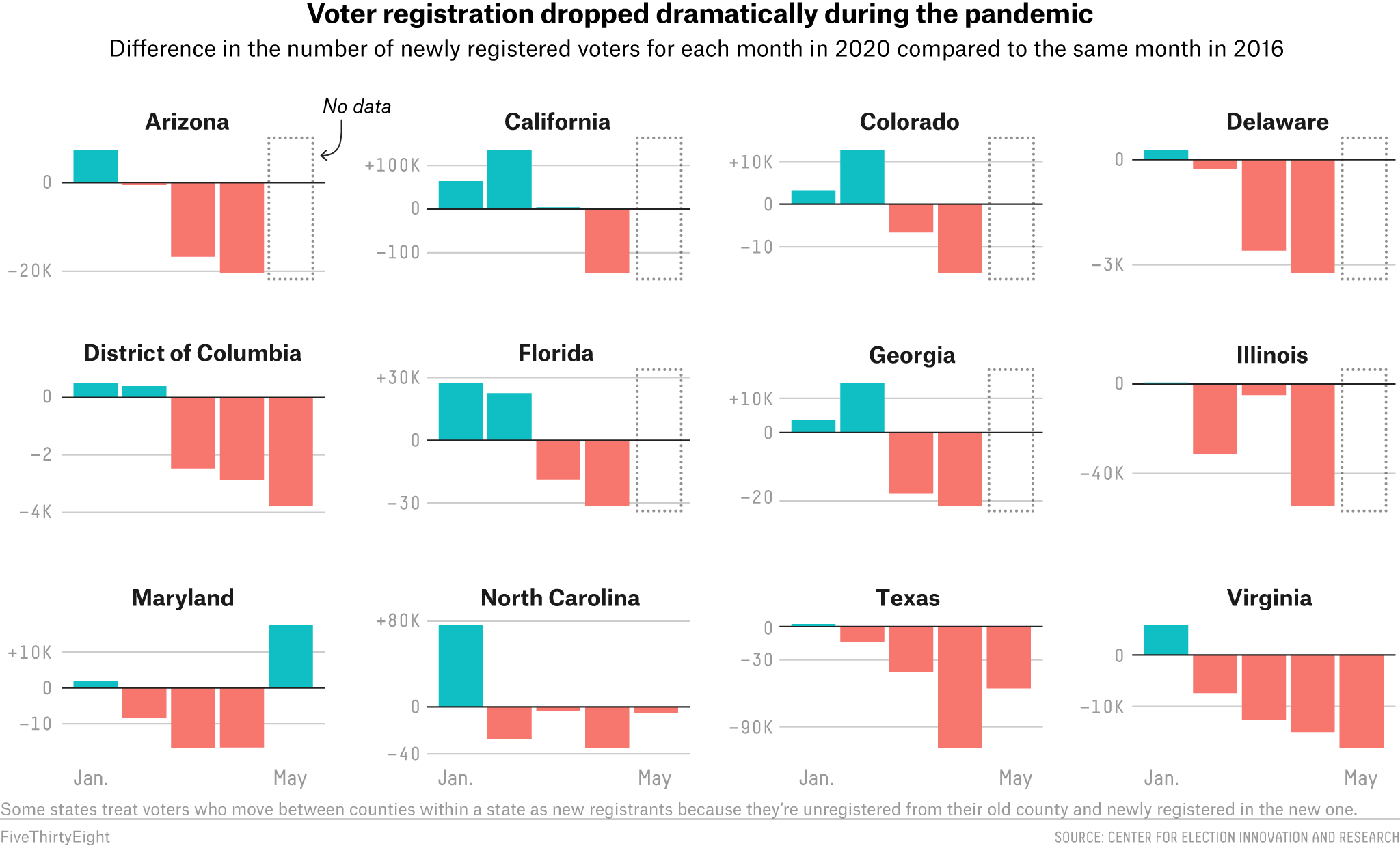 Voter Registrations Are Way, Way Down During The Pandemic

June 26, 2020
Graphics by Elena Mejia Lutz Poll after poll showed a high level of enthusiasm for voting in the general election in 2020, and in the beginning of the year, voter registration surged to match that excitement. Then the COVID-19 pandemic hit. New registrations have fallen off a cliff. The spring of a presidential election year

June 26, 2020
President Donald Trump’s latest claim about the coronavirus “really takes the cake,” CNN’s Don Lemon said on Thursday. Trump, in a town hall earlier with Fox News’ Sean Hannity, repeated his false assertion that the United States is only experiencing record new cases of COVID-19 because of increased testing, Lemon pointed out. “So, we have more

Donald Trump Claims A Friend Called Him ‘The Most Perfect Person’

June 26, 2020
During a televised town hall with Fox News’ Sean Hannity on Thursday, the president claimed a pal had told him he has to be “the most perfect person” because he was not brought down by the Russia investigation. “Isn’t that true?” Trump asked a small audience packed with enthusiastic fans. Trump did not name the 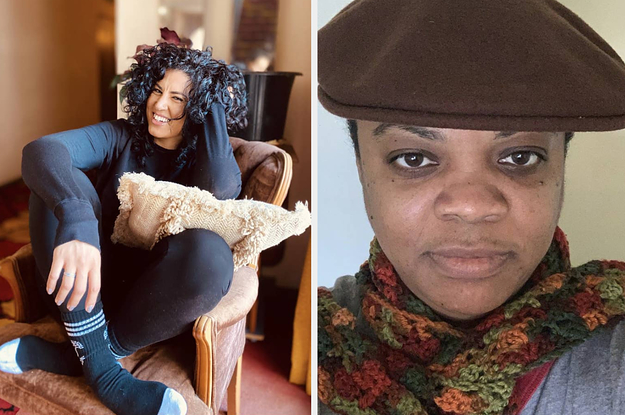 June 19, 2020
Louiza Doran was leading an anti-racism workshop in Zoom on June 3 when she noticed the roughly 12 women participating were making strange faces. “Every single one of them, at the same moment, was starting to get notifications from Instagram that any posts that had my name, that linked to my work, or even just 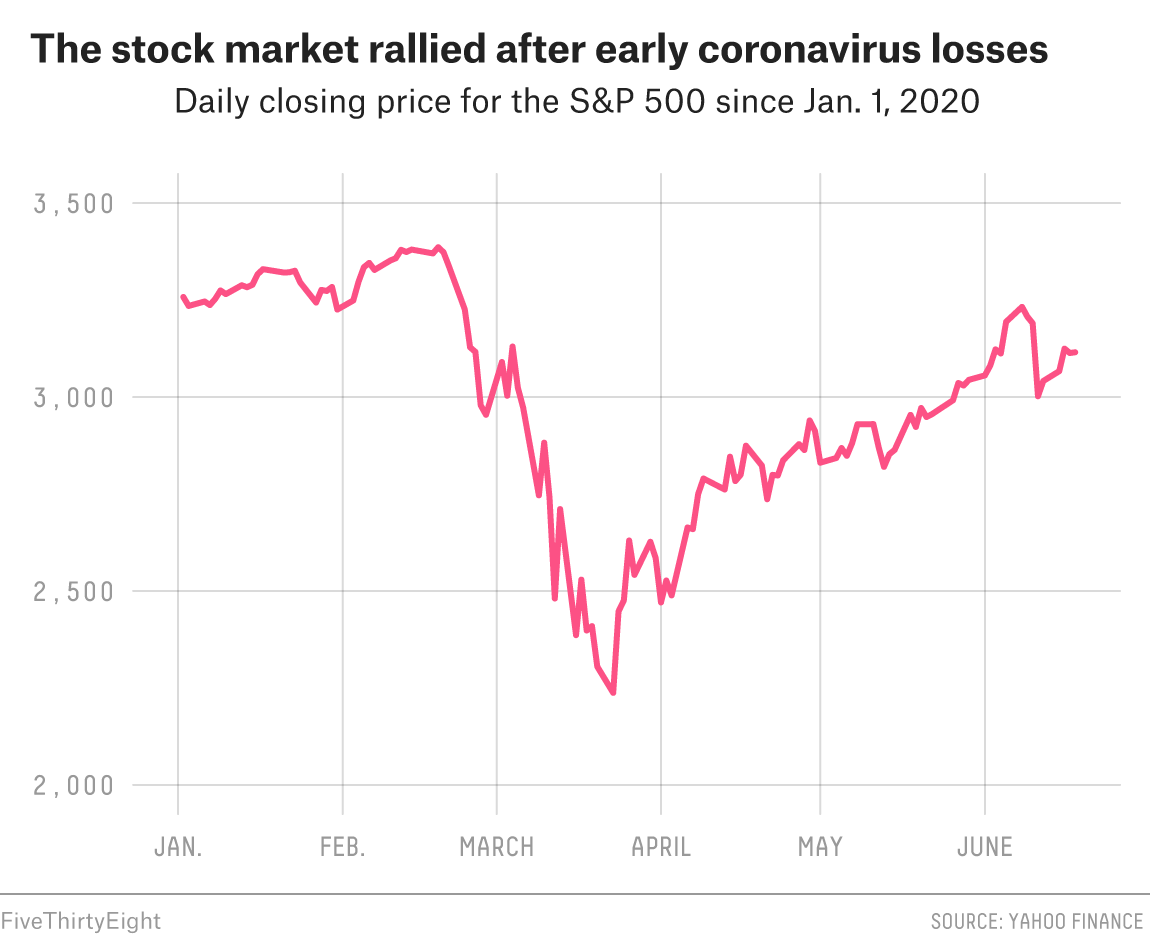 The Economy Is A Mess. So Why Isn’t The Stock Market?

June 19, 2020
Graphics by Julia Wolfe We’ve said it before: The stock market is not the economy. Usually, this simply means that fluctuations in the markets may have little to no real bearing on the underlying realities we think of as making up the economy. Or that there are many important structural factors that make the markets’

June 19, 2020
Ahead of a campaign rally in a city where a racist massacre took place, President Donald Trump threatened violence against protesters, as people in cities around the country are set to participate in peaceful anti-racism marches to mark Juneteenth, the anniversary of the end of slavery in the U.S. on June 19, 1865. Echoing his