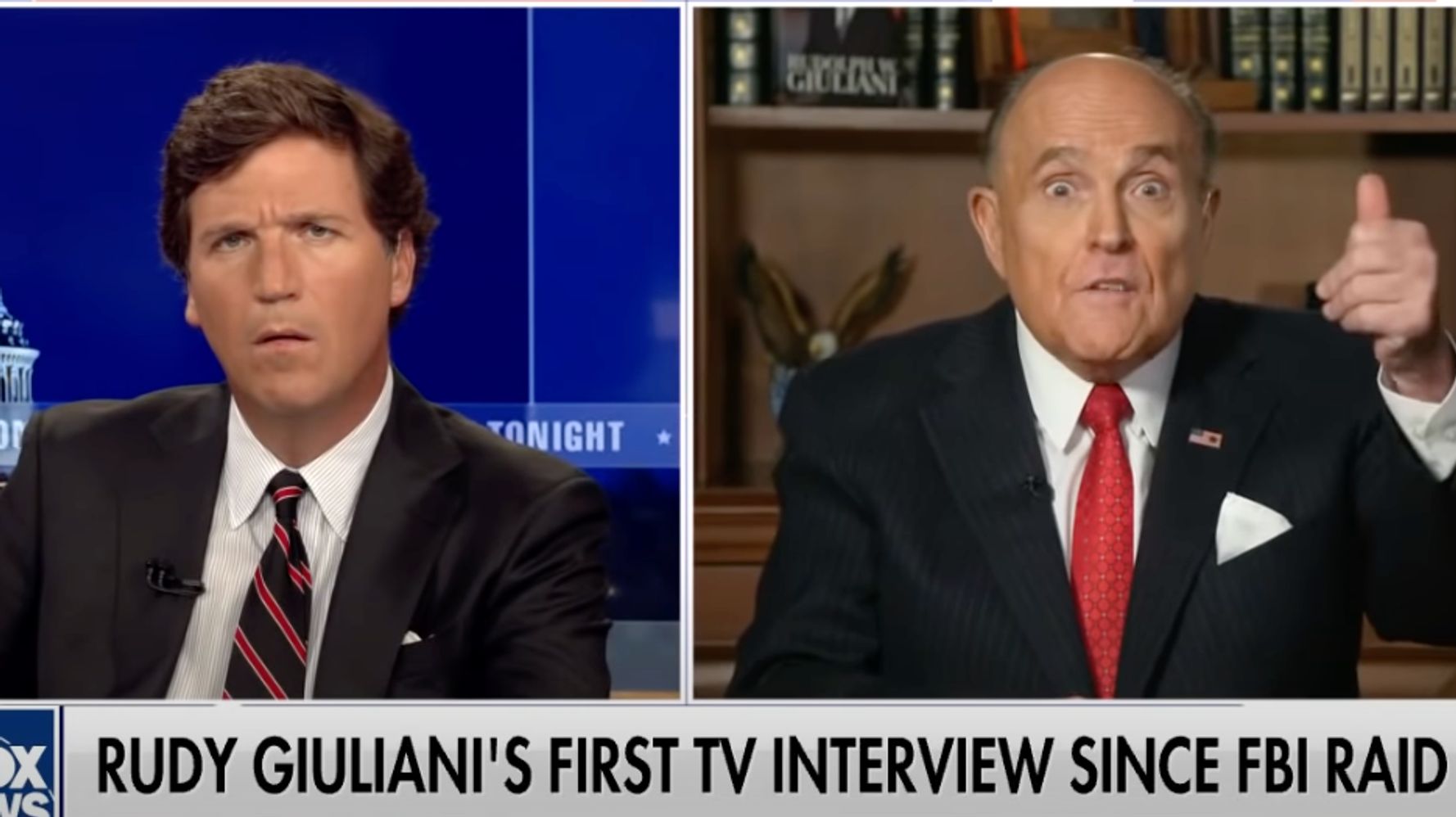 Rudy Giuliani went on Fox News on Thursday to tell his version of events after the FBI raided his home Wednesday, and it was totally on-brand.

Giuliani, who was a personal attorney for former President Donald Trump, had his electronic devices seized as part of a federal investigation into his business dealings with Ukraine.

Speaking to Tucker Carlson in his first TV interview since the raid, Giuliani sought to blame his go-to target: President Joe Biden’s son Hunter. Such was the frequency of his references to the man that at one point he accidentally called his interviewer Hunter.

“Well, about six o’clock in the morning, there was a big bang! bang! bang! on the door and outside were seven FBI agents with a warrant for electronics,” Giuliani began. “And I looked at the warrant and I said, ‘This is extraordinary because I offered to give these to the government and talk it over with them for two years.’”

He described the FBI agents as “professional,” “gentlemanly” and “somewhat apologetic,” but said they “got perturbed” when he told them to take hard drives that he claimed belong to Hunter Biden.

In Giuliani’s version of events, FBI agents took seven or eight electronic devices but were not interested in these three hard drives.

“I said, ‘Are you sure you don’t want them?’ I mean the warrant required them to take it,” Giuliani said. “And they said ‘No!’”

He also pondered why the FBI agents would take his word for it and claimed they were noncompliant with the subpoena by not taking them.

Giuliani led the effort to dig up dirt on Joe Biden and his son to give ammunition to Trump during the 2020 presidential campaign. Prosecutors are investigating his activities in Ukraine, including whether he lobbied on behalf of Ukrainian officials while seeking to tarnish the Bidens on Trump’s behalf.

The FBI did not immediately respond to a request for comment.

Later in the interview, Giuliani declared that the search warrant was actually illegal. He argued that “the only way you can get a search warrant is if you can show that there is some evidence that the person is going to destroy the evidence.”

“Well, I’ve had it for two years, and I haven’t destroyed it,” he said. “And they also got it from the iCloud! So there is no justification for that warrant.”