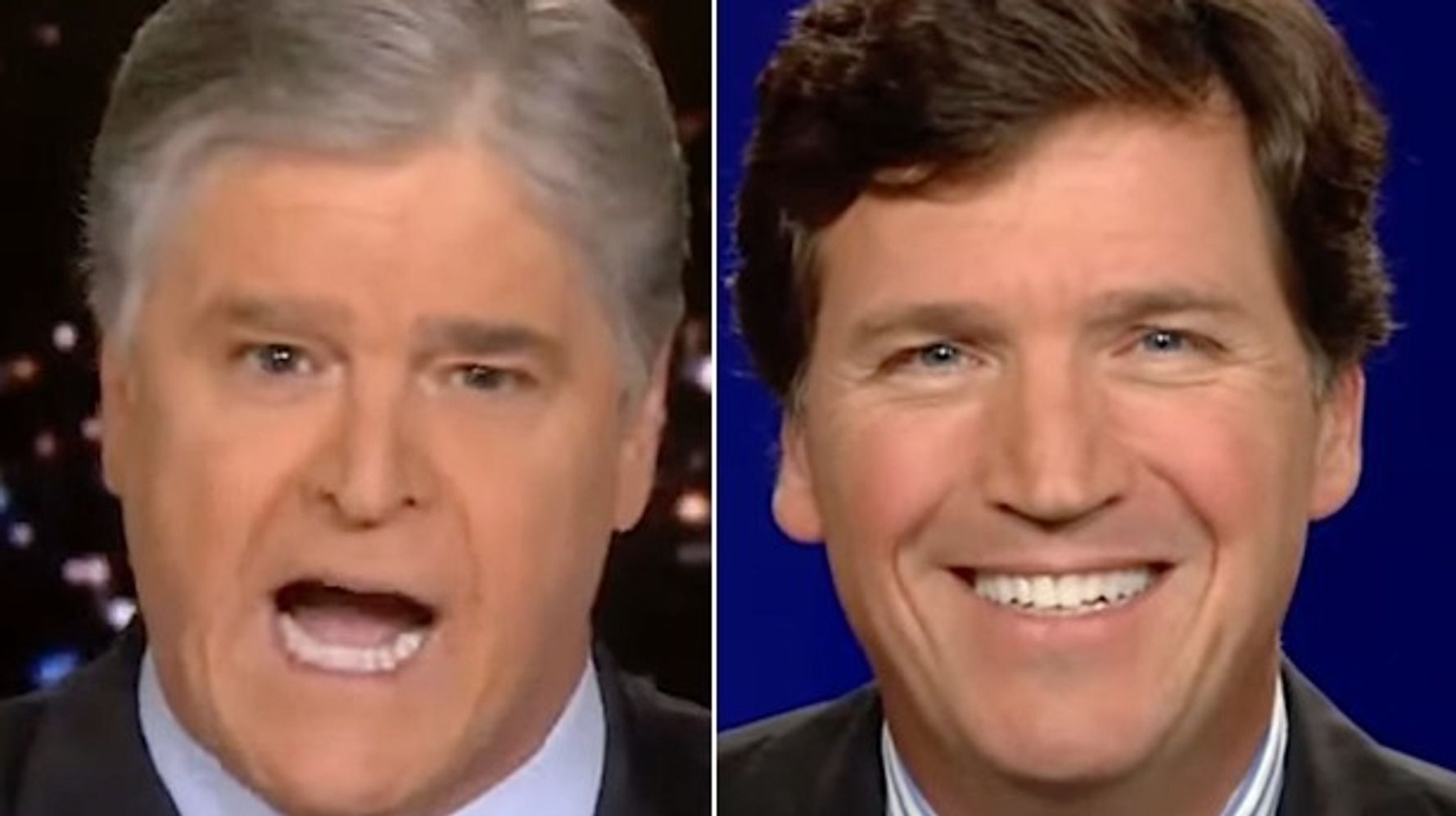 Fox News host Sean Hannity tore into The New York Times and its recent coverage of the behind-the-scenes drama at the right-wing cable network. But his harshest words may have been aimed at his colleague, Tucker Carlson.

This week, New York Times columnist Ben Smith said Carlson dishes out off-the-record gossip about the network, former President Donald Trump and other topics to reporters, calling his willingness to spill tea “one of Washington’s open secrets.” Sixteen journalists at other news outlets confirmed to Smith that Carlson had been a source.

On Thursday, Smith shared a report from the Pop Bitch gossip column that one of the topics Carlson liked to dish about was Hannity “and how much of a cringing Trump sycophant Sean is.”

On Thursday night, Hannity attacked Smith and the Times, mocking the paper of record for allowing a reporter to cite Pop Bitch.

“You can’t make this Adam Schiff up,” Hannity cracked.

But then his segment took a turn.

“Now the big news is that some people at Fox apparently don’t like me, and said bad things about me ― gutlessly ― behind my back, according to Ben Smith and members of the media mob,” Hannity said.

If the news was true, “that’s called a normal day in the world that I live in,” Hannity said.

He also claimed that he didn’t care what anyone said about him anyway.

“I’m not gonna change just because some of you don’t like me,” Hannity said.