This month, for the first time since April, our tracker of public opinion around the coronavirus shows that the share of Americans who say they are “very” concerned that they or someone they know will become infected with COVID-19 is higher than the share who say they are “somewhat” concerned.

That rise in concern is understandable, too, when you consider the spike in new coronavirus cases that began in mid-June, especially in the South and West. Just this past week, California, Florida and Texas, along with a handful of other states, saw record spikes in fatalities.

And the fact that the geography of the virus is changing — it’s no longer just a blue-state virus — may mean behaviors and political attitudes are shifting once again. To be clear, there are still deep political divides in how concerned people are about the virus, but there are also some signs that Republicans may be growing more concerned.

For example, as many states started lifting restrictions in April, the share of Republicans who said they were staying at home declined, while the share of Democrats saying they were staying put remained roughly the same. As you can see in the chart below, the share of Republicans who reported staying home as much as possible has ticked up by at least 10 points since the start of July. The latest poll from YouGov/Huffpost to ask this question did, however, also show a decline of 4 percentage points from the previous week, so it’s possible that the changes in Republican behavior could be plateauing — or declining again. 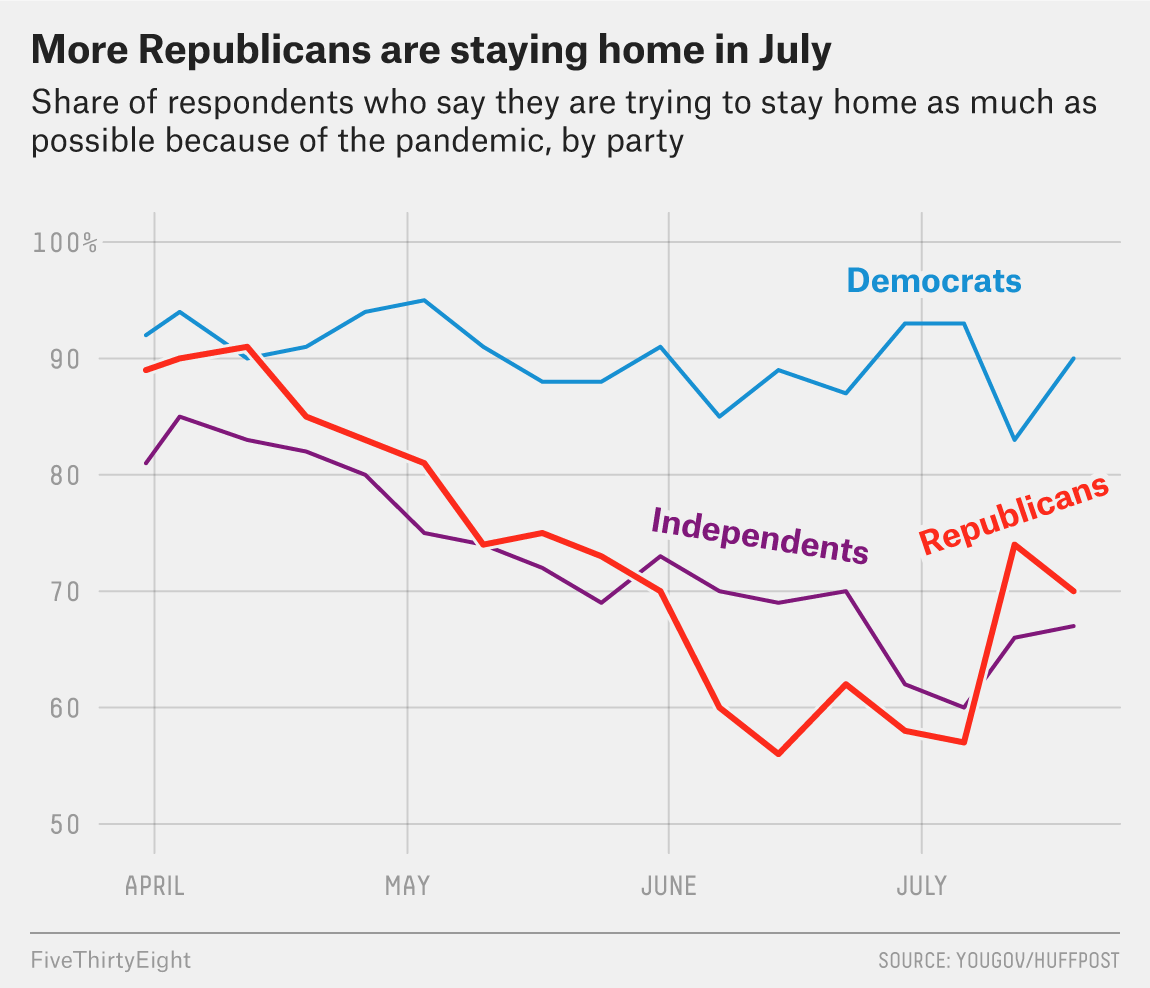 The YouGov/Huffpost polls show increased support for coronavirus-related restrictions, too. In early June, only 23 percent of Americans said there were not enough restrictions where they lived, but in the latest poll, that number had grown by 14 percentage points to 37 percent. That includes an increase of more than 10 points in every region except the Northeast, where the coronavirus’s spread has slowed down. And the share of Republicans who believe there are not enough restrictions, while still relatively small, has doubled from 10 percent in early June to over 20 percent in late July. 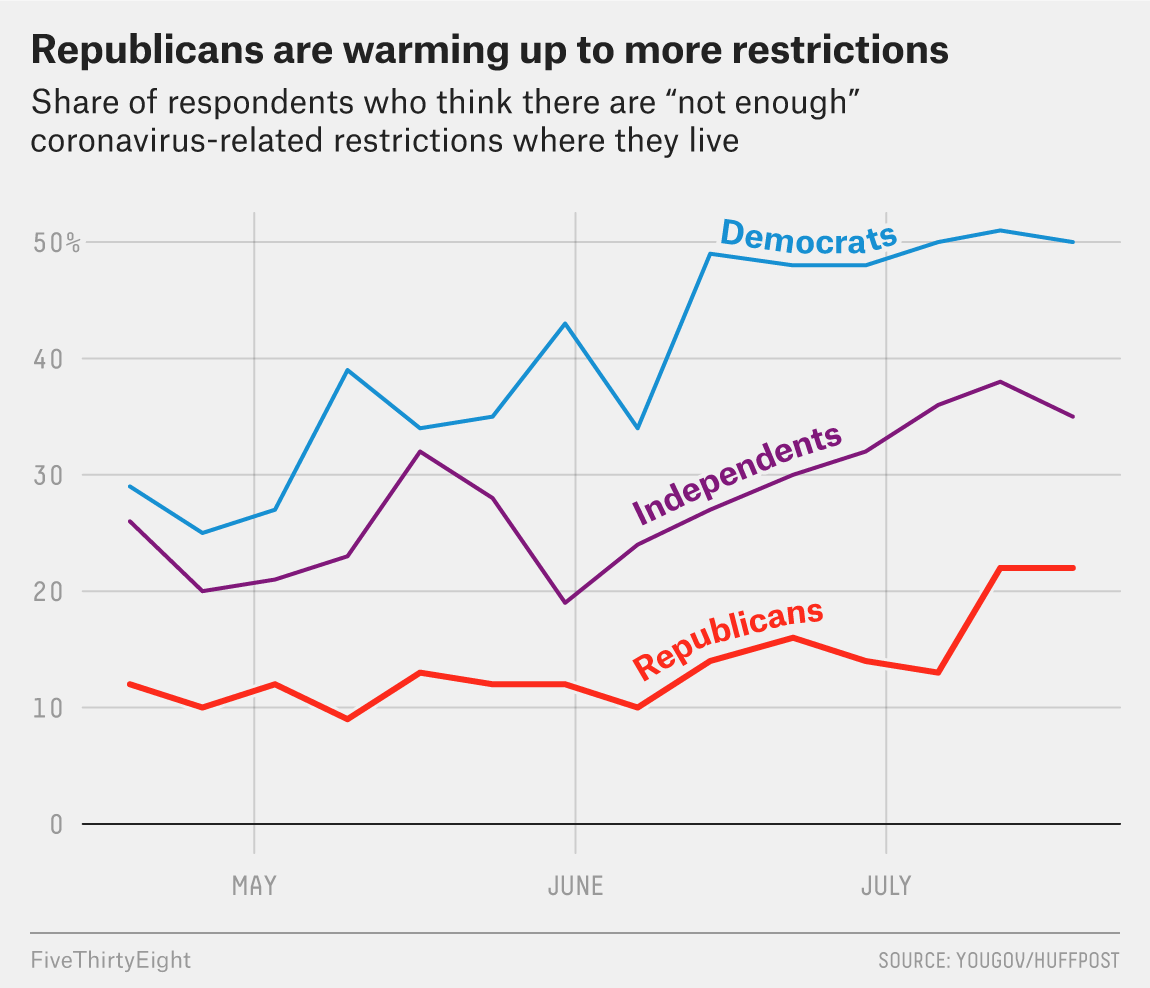 These shifts are small, as Republicans still lag behind Democrats on both of these metrics. But it’s significant because it comes at a time when public approval of the government’s handling of the pandemic has fallen to new lows.

According to our tracker, Trump’s approval rating on his response to the crisis has steadily declined since April. That even includes Republicans, whose approval of how he is handling the crisis, while still high at 78 percent, has declined roughly 5 percentage points since mid-June, when cases began spiking. 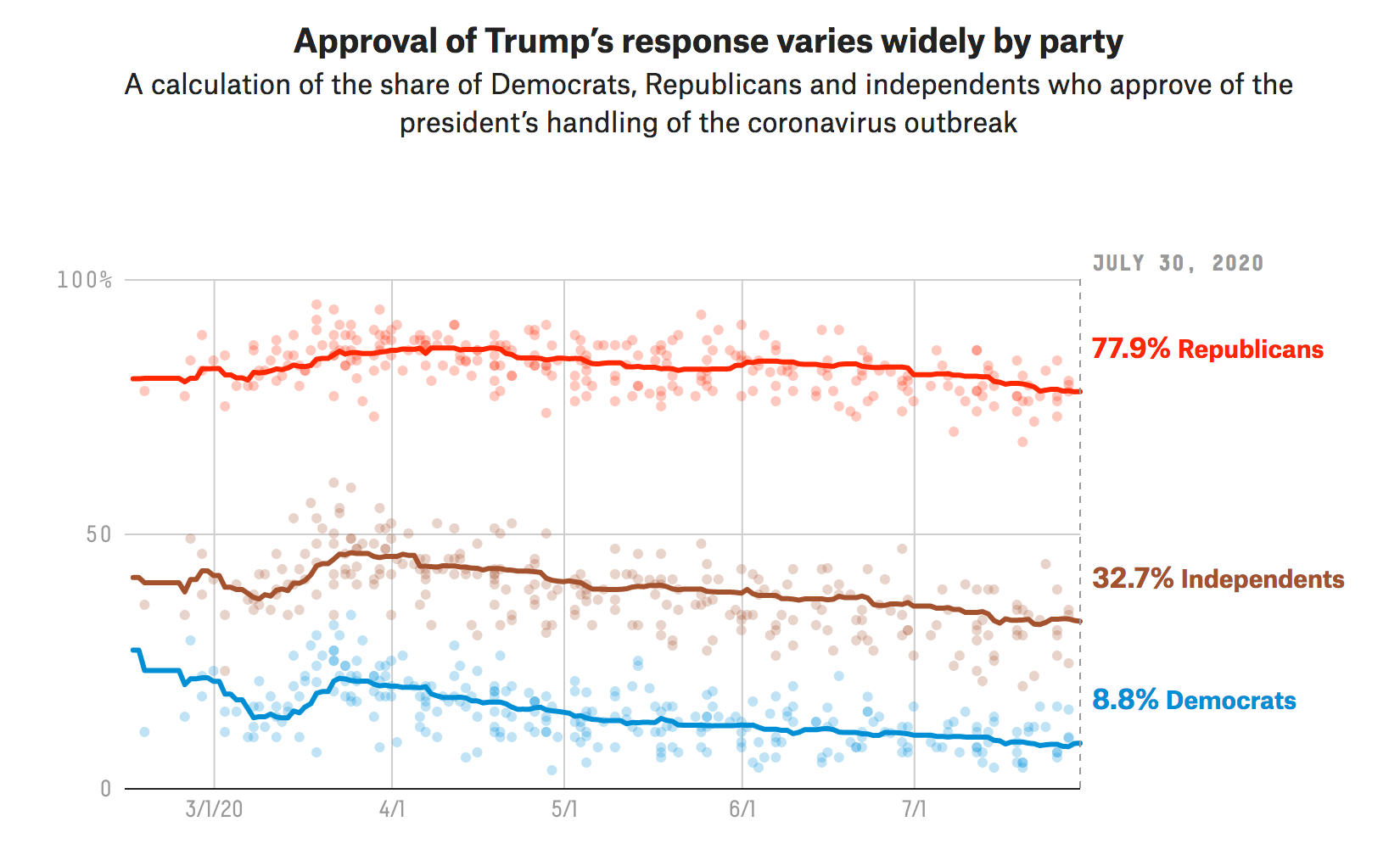 Recent polls have also shown that Republican governors are getting lower marks on how they’ve handled the pandemic, especially in hard-hit states like Texas, Florida and Arizona.

And perhaps that nuance underscores something Amelia Thomson-DeVeaux wrote about for FiveThirtyEight earlier this month. Republicans and Democrats are divided on how they see the virus. But they’re less divided on the actual steps they can take to stay safe — whether that’s social distancing, trying to stay home more or wearing masks in public places. It’s possible that partisan opinion on the coronavirus isn’t entirely baked in — yet. 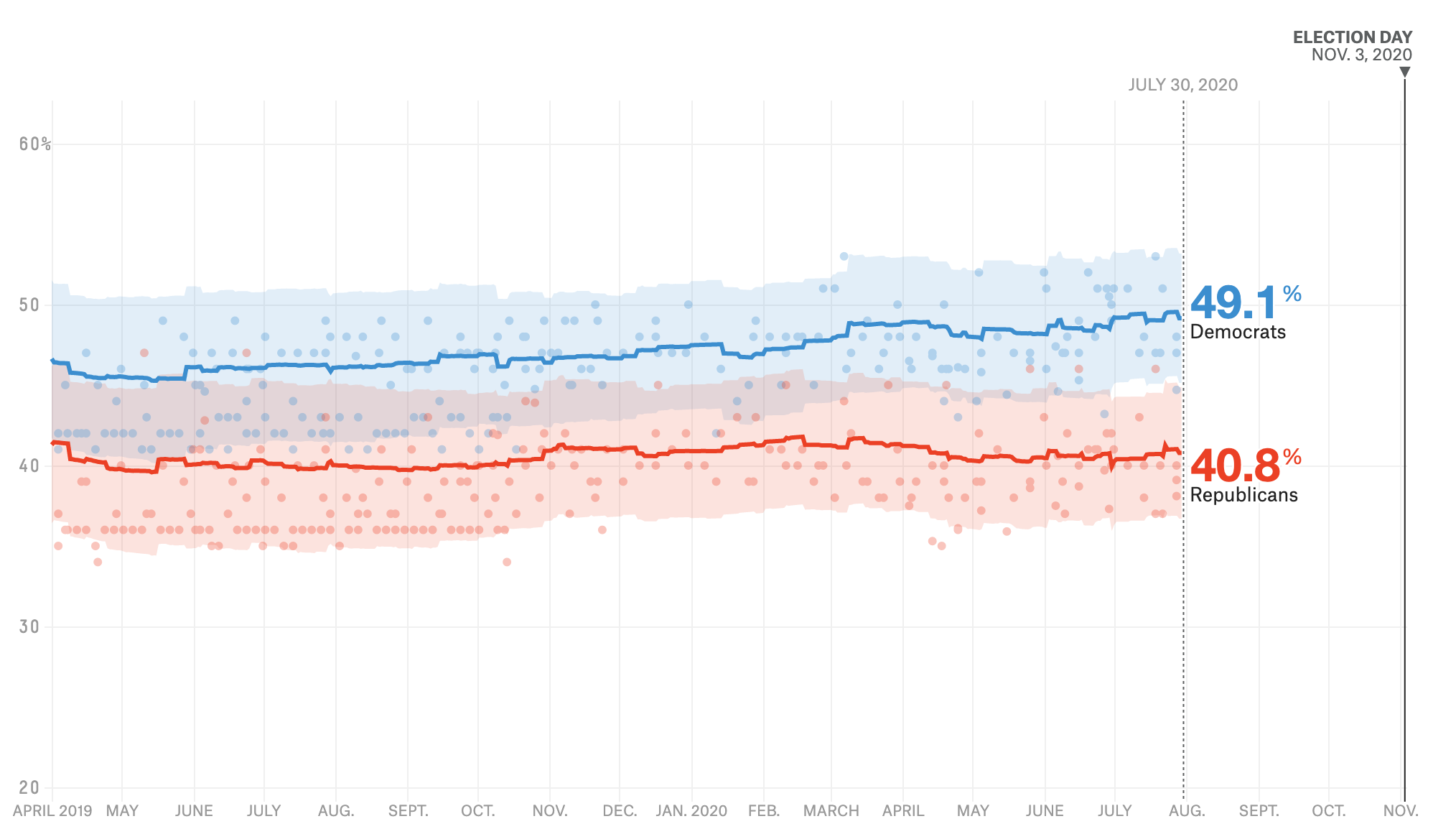