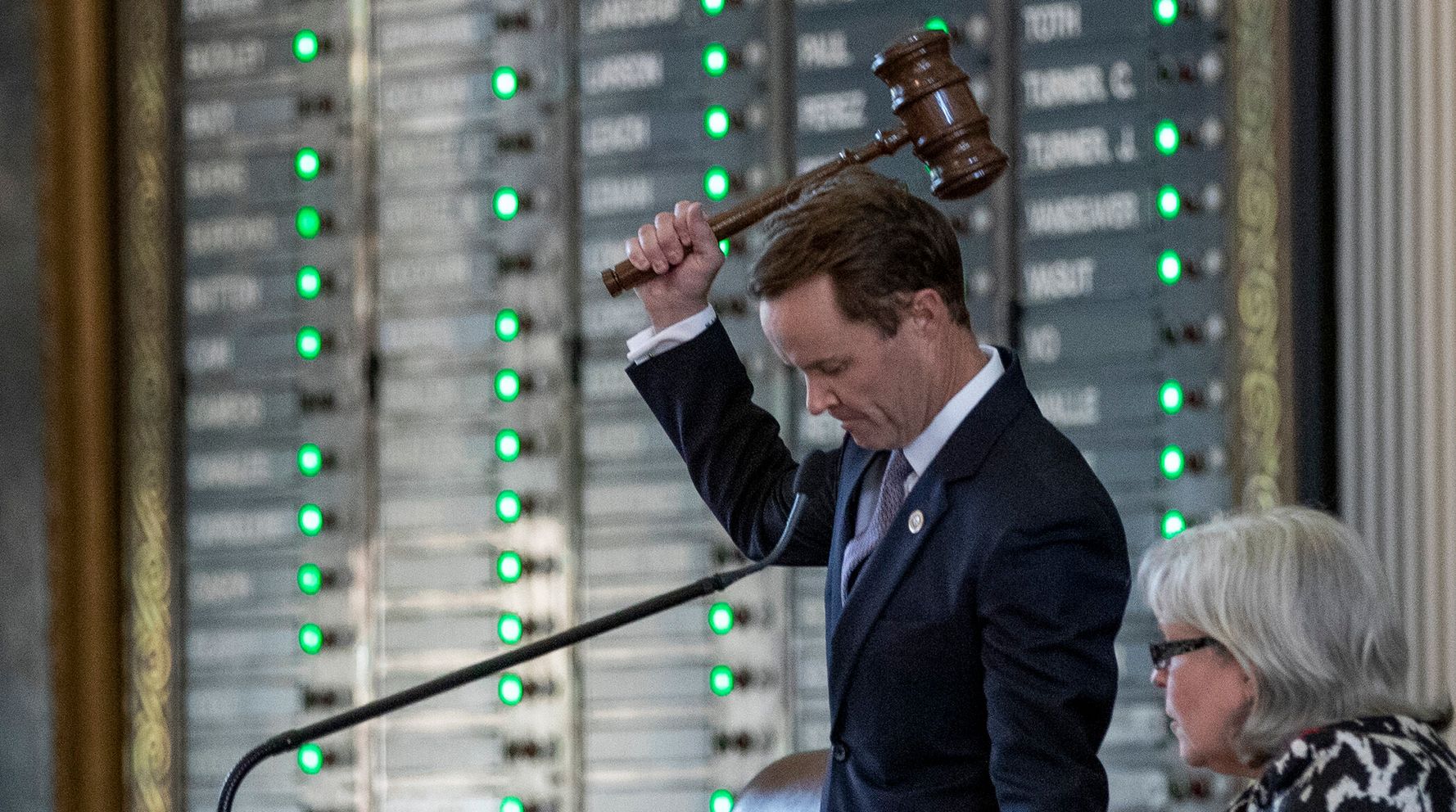 AUSTIN, Texas (AP) — A standoff in Texas over new voting restrictions that gridlocked the state Capitol for 38 consecutive days ended Thursday when some Democrats who fled to Washington, D.C., dropped their holdout, paving the way for Republicans to resume pushing an elections overhaul.

It abruptly and messily drew to a close one of the few — and lengthiest — quorum breaks in modern Texas history. Instead of a unified and celebratory return by Democrats, some members lashed out at their colleagues over what they criticized as breaking ranks. Many of the proposed changes to Texas voting that Democrats have railed against for months remain in a bill that already passed the state Senate, and Republican Gov. Greg Abbott could now sign the legislation in a matter of weeks, if not sooner.

Only three new Democrats showed up Thursday, and the vast majority of the more than 50 Democrats who bolted for the nation’s capital in July continue to stay away from the Texas Capitol. Still, Republican House Speaker Dade Phelan said enough were there to achieve a quorum, which in the House is normally 100 present legislators. Growing impatience among Republicans had led to escalating threats that missing lawmakers could face arrest, but officers never appeared to do more than leave warrants at Democrats’ homes.

“It’s been a very long summer. Been through a lot. I appreciate you all being here,” Phelan said. “It’s time to get back to the business of the people of Texas.”

Not all Democrats joined in the holdout, and the newest to come back to the Texas House defended their decision, saying they had successfully pushed Congress on voting rights legislation while pointing to the growing urgency of surging COVID-19 caseloads in Texas. One of them, Democrat Garnet Coleman of Houston, did not go to Washington because he was recovering from having a leg amputation brought on by an infection.

“One of the things in life is that we have to know what our responsibilities are and we have to work to move something in the direction we want it to be,” Coleman said from a wheelchair while delivering the prayer on the House floor.

But other Democrats who remained absent did not hide their frustration.

Abbott now has an opening to divert attention back to the Capitol and away from criticism and defiance by Texas’ largest cities and school districts over his handling of worsening COVID-19 numbers. Abbott, who is up for reelection in 2022, had also jammed the agenda of this latest 30-day special session — which is nearly half over — with other hot-button conservative issues including border security and how race is taught in public schools.

Abbott this week tested positive for COVID-19, although his office had said the 63-year-old governor did not have symptoms.

It leaves Democrats much in the same position as when the holdout started: unable to permanently stop the GOP-controlled Legislature from putting new limits and rules over how more that 16 million registered voters can cast a ballot. And federal voting rights protections that Texas Democrats lobbied for while in Washington still face long odds of getting around GOP opposition in Congress.

For months, Texas Republicans have tried to pass measures that would prohibit 24-hour polling sites, ban drive-through voting and give partisan poll watchers more access. One version of the bill that was just hours from reaching Abbott’s desk in May also would have banned Sunday morning early voting — when many Black churchgoers go to the polls — and made it easier for a judge to overturn an election. Democrats’ first walkout wound up permanently scuttled those two provisions, but Republicans have kept intact other contested measures.

Abbott vetoed paychecks for about 2,100 legislative staffers after Democrats walked out the first time in a move that was aimed at pressuring Democrats to return in order to restore that funding.

The full House quickly adjourned Thursday, but Republicans worked fast to schedule a hearing on the elections bill for Saturday.

“People want to get to work. They’re relieved that after all this time that we’ve been held hostage in Austin that we can finally get down to business,” said state Rep. Jim Murphy, chairman of the House Republican Caucus.

Months of protests had put Texas Democrats at the center of a new national battle over voting. Republicans around the U.S. have rushed to enact new voting restrictions in response to former President Donald Trump’s false claims that the 2020 election was stolen.

Republicans are now back on a path to pass new elections laws in Texas before the current special session ends on Sept. 5.

Acacia Coronado is a corps member for the Associated Press/Report for America Statehouse News Initiative. Report for America is a nonprofit national service program that places journalists in local newsrooms to report on undercovered issues.