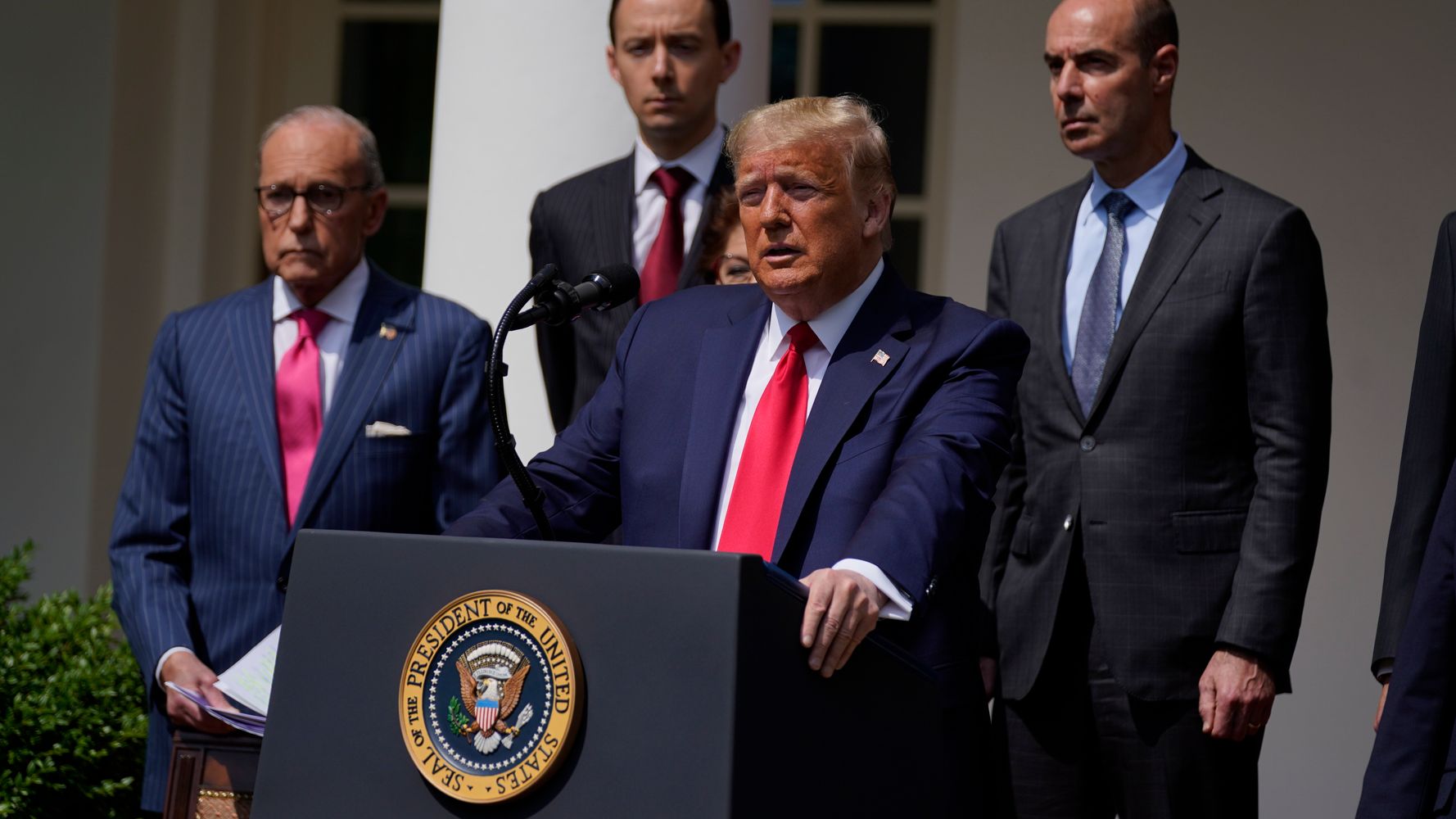 President Donald Trump said he hoped George Floyd was “looking down” on a surprisingly optimistic jobs report released Friday, just moments after calling for an amped-up police response to nationwide protests against racism and police brutality sparked by Floyd’s death.

The president’s reference to the man who died after a Minneapolis police officer pinned his neck to the ground was counter to an appeal by the Rev. Al Sharpton during Floyd’s Thursday afternoon memorial service. “For those that have an agenda that are not about justice, this family will not let you use George as a prop,” Sharpton said.

Trump’s push for an even more intense law enforcement response to the civil unrest also is at odds with protesters’ demands for more restraint by police. Cellphone videos taken by protesters across the country since Floyd’s death have documented alarming examples of excess force against civilians.

“It’s called ‘dominate the streets,’” Trump said at a free-flowing news conference in the White House Rose Garden. He urged governors not to be “too proud” to call him for additional law enforcement support, and singled out New York, where city police are facing intense criticism for using unjustified force against curfew violators.

Switching back to the jobs report, which recorded an unemployment rate of 13.3% for May ― a drop from 14.7% in April ― Trump invoked Floyd’s name.

“Hopefully, George is looking down right now in saying this is a great thing happening for our country,” the president said. “A great day for him, a great day for everybody.”

Floyd died May 25 after a Minneapolis police officer knelt on his neck for nearly nine minutes, continuing to restrain Floyd long after he loses consciousness.

One of his brothers sharply criticized Trump’s condolence call to the family last week.

“He didn’t give me the opportunity to even speak,” Philonise Floyd said in an interview with MSNBC. “It hurt me.”

Four officers involved in George Floyd’s death have been fired and charged with criminal offenses. The officer who knelt on him, Derek Chauvin, faces the most serious charge, second-degree murder without intent.

The deaths of Floyd and other Black people at the hands of police, including Breonna Taylor, who was shot to death in her Louisville, Kentucky, home while sleeping, have inspired passionate anti-racism protests in nearly 200 cities around the U.S. and a dozen other countries around the world.