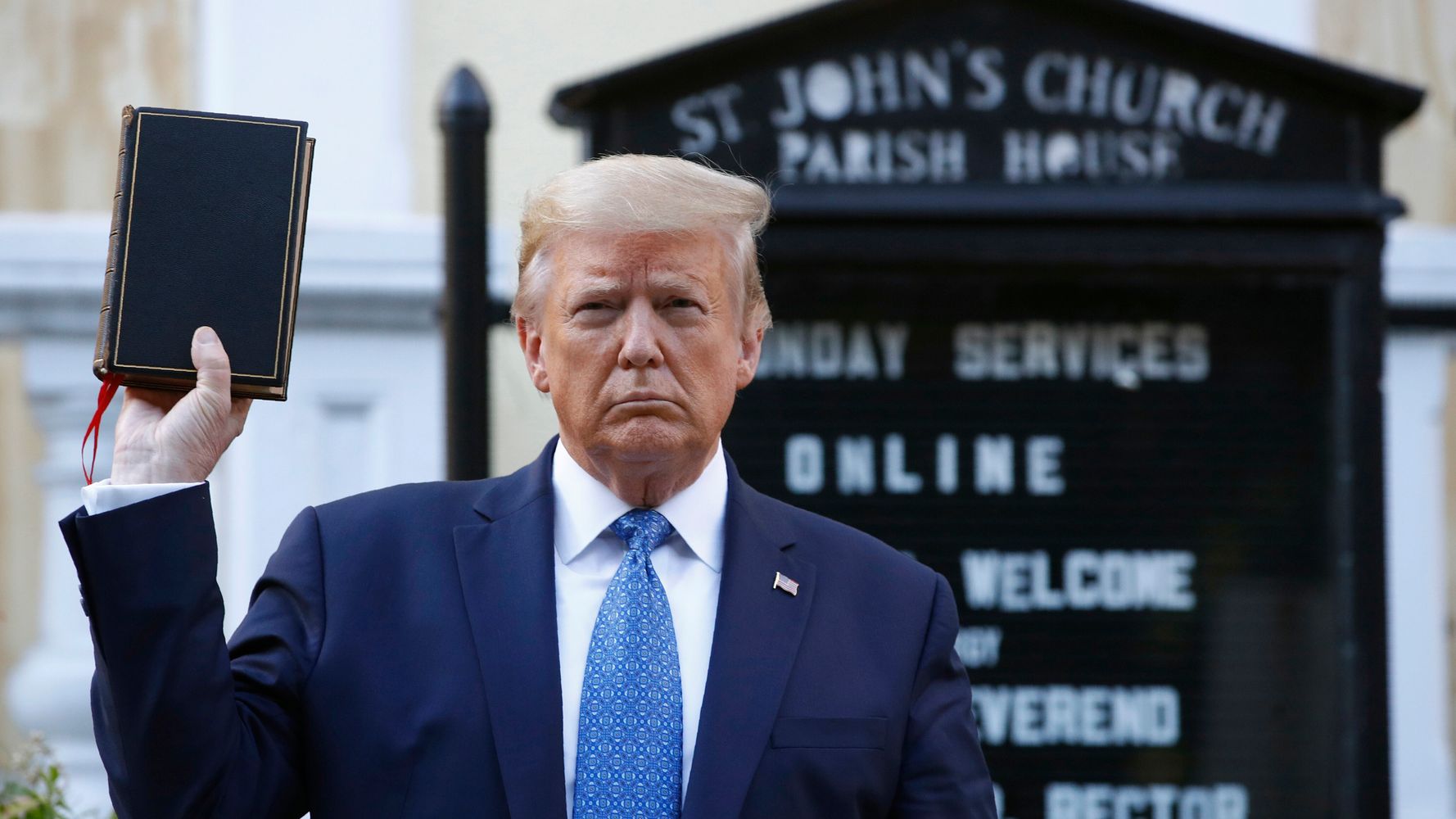 Ahead of a campaign rally in a city where a racist massacre took place, President Donald Trump threatened violence against protesters, as people in cities around the country are set to participate in peaceful anti-racism marches to mark Juneteenth, the anniversary of the end of slavery in the U.S. on June 19, 1865.

Echoing his prior violent threats and actions toward protesters, the president tweeted Friday that “any protesters, anarchists, agitators, looters or lowlifes” who come to Oklahoma ― where he is holding a rally in Tulsa on Saturday ― “will not be treated like you have been in New York, Seattle, or Minneapolis.” Recent anti-racism protests in those cities have drawn violent police responses, though Trump’s tweet falsely suggests otherwise.

Any protesters, anarchists, agitators, looters or lowlifes who are going to Oklahoma please understand, you will not be treated like you have been in New York, Seattle, or Minneapolis. It will be a much different scene!

Earlier this month, police fired tear gas on demonstrators near the White House protesting the death of George Floyd and other instances of police brutality against Black people — in order to clear the way for Trump to stage a propagandistic photo-op in front of a nearby church, which was widely condemned by religious leaders.

Around the country throughout the last few weeks, anti-racism protesters have faced violent assaults and arrests from police.

Trump, who has a long history of promoting racism and white supremacy, has routinely incited violence — most notoriously in 2017, when he said there were “very fine people” at a white nationalist and neo-Nazi rally in Charlottesville, Virginia.

Tulsa, where the president will host thousands of supporters on Saturday, is the site of a 1921 racist massacre of Black people by white mobs. The rally had initially been scheduled for Friday.

In a baffling interview Thursday, Trump applauded himself for spreading awareness of Juneteenth.

“I did something good: I made Juneteenth very famous,” Trump told The Wall Street Journal, referring to widespread condemnation for initially scheduling the rally on Juneteenth.

“It’s actually an important event, an important time. But nobody had ever heard of it,” he continued, apparently ignoring the years of Black activism dedicated to making the day more widely known in American history and trying to establish it as a national holiday.