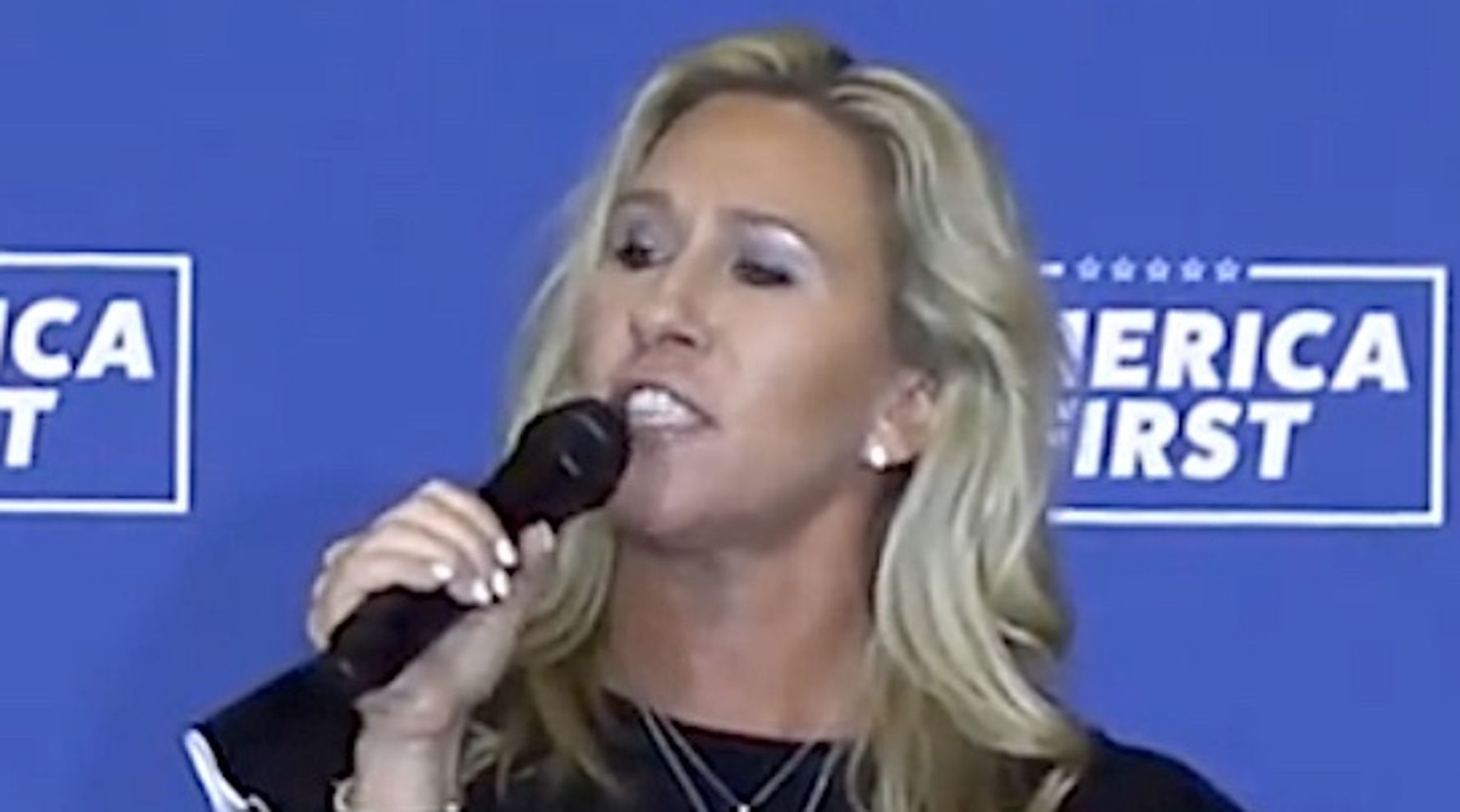 Rep. Marjorie Taylor Green (R-Ga.) broke out what she called her “really bad Mexican accent” during a speech on Thursday night in Dalton, Georgia, and many on social media agreed: It was really bad.

Greene, who has promoted QAnon conspiracy theories, claimed President Joe Biden and other Democrats were “in business of helping the cartels” in Mexico. Then, she broke out her accent:

My brain has no idea how to even begin to process this. pic.twitter.com/KwGVqrJLq7

Earlier this month, she compared mask mandates to the Holocaust. That drew a rare rebuke from her own party, which has largely supported her and even put her on two powerful committees ― Education and Labor, and Budget ― until she was stripped of those assignments in a largely party-line vote.

Greene has also used her time in the House to stalk and harass her fellow members of Congress.

Her latest stunt made her the talk of Twitter in all the wrong ways:

Marjorie Taylor Greene donned an offensive and terrible Mexican accent at her America First Nazi Rally. @HerreraBeutler @RepTonyGonzales @RepMikeGarcia @RepBrianMast you all identify as Mexican American and are members of the GOP. Are you good with this? #ExpelMTG

She acts line it’s a stand up comedy routine.

And I mean absolutely NO OFFENSE to stand up comics.

That may be the single most offensive (and incoherent) 30 seconds I have ever heard come out of the mouth of a federally elected official. The “Mexican accent” imitation should be played ad nauseum on Hispanic radio/tv. She should be the death knell of GOP Hispanic outreach.

Marjorie Taylor Greene does her Mexican accent.
Right now I’m on Team “shine the light on them, till the GOP deals with them.”
Ignoring the kooks doesn’t work.
I think shame the GOP leadership till they unequivocally denounce them, not just the incidents. pic.twitter.com/qyJrKfW6X9

This is a United States Representative to Congress. This is how far the Republican party has sunk in service to their lust for power. https://t.co/CnyPOI6V3Y

Pack of lies and slogans. There is no intellect left, nothing but ugly, ugly, ugly https://t.co/EMtEc8kF8n

How is this an elected official? https://t.co/OWEzFmz58g

This person should not hold public office. https://t.co/tBNPBeFuoi

These two lunatics, Greene & Gaetz, represent the Republican Party. You all must be so proud of what Trump has brought to the party. @LindseyGrahamSC told you that you’d get what you deserve if you supported him. For once, he was right, scum attracts more scum. https://t.co/rGHFY1QOJe