It didn’t take long for the neo-Nazis to show up. Minutes after Joe Biden’s inauguration, as followers of QAnon were trying to understand how their predictions of Trump remaining in power had not come to fruition, white nationalists saw a slate of potential recruits.

“Don’t let this moment slip by. Capitalize on their anger. Radicalize!” read one message that circulated among far-right channels on Telegram, a messaging app favored by the alt-right and once populated by terrorists.

“Demoralization will give way to righteous hate, in defense of that which they love,” read another, in a militia chat thread.

[How Has The Radical Right Evolved Under Trump?]

QAnon’s followers have faced failed prophecies before, but last week appeared to be the movement’s most severe breaking point. Many of Q’s prophecies had been kicked down the road to the inauguration. If something dramatic didn’t happen there, perhaps the prophecies would never come to be. After all, how could Donald Trump lead the arrest of the secret cabal of Democrats who run a global child sex trafficking ring, as many believers expected, if he was no longer in power? As Inauguration Day drew closer, QAnon followers grew more confident that Jan. 20 would be the day all was revealed, and their patience would pay off. Then, the day went forward like any other presidential swearing-in. (Just with tens of thousands of more national guard members in attendance.) Trump hopped a plane to Florida. No arrests. No martial law. No public executions. It shook many believers to their core.

QAnon and its followers are at a crossroads. More than at any point since the QAnon conspiracy began, there is a tremendous opportunity to pull disaffected followers out of the conspiracy. But their disillusionment could also harden into anger, and they could drift even further into conspiracies and hate. With extremist groups already looking to seize the moment, Q believers are facing at least three major paths. The next few months could determine which they go down.

In 1954, a small group of conspiracy theorists were convinced a great flood would arrive and destroy much of the United States, but not before the true believers were rescued by an alien spaceship. No torrential storms ever arrived — nor any UFOs — but the group wasn’t dismayed. The members insisted they weren’t wrong, it was just that the group had “spread so much light” that God decided to spare them.

For those of us outside a cult, it may seem illogical that followers continue believing a conspiracy when the biggest prediction has clearly failed to come true. But that kind of thinking misunderstands the way groups like this function.

“That assumes that the prophecy is the central point of why they are part of that movement,” said Jon Stone, a religious studies professor at California State University Long Beach, citing the work of religious scholar Gordon Melton. “In most cases, a prophecy comes after a group has established itself. When it doesn’t happen, they say ‘How do we understand this in relation to our main belief system?’”

When believers are faced with a mismatch between their beliefs and reality, cult members often double down. This phenomenon has been documented in multiple studies looking at failed prophecies among cults since the 1950s. The research suggests that groups like QAnon are based on a worldview that extends beyond one sole prediction.

“Many will double down and direct their anger not at the tricksters who scammed them but at the deep state who snatched victory away from Trump at the last second, as they believe happened,” said Mike Rothschild, a conspiracy theory researcher currently working on a book about QAnon. 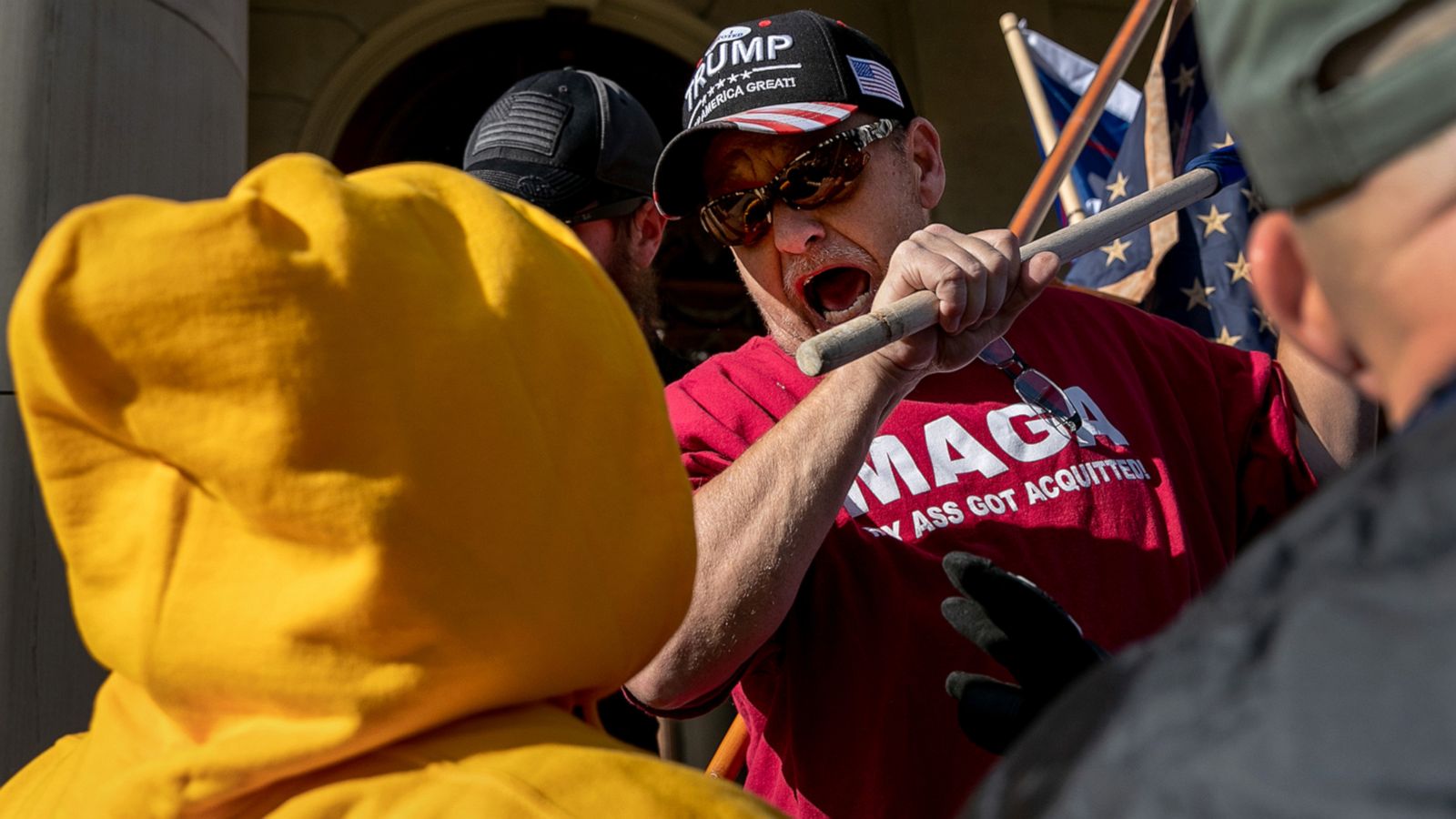 While some react by abandoning the worldview entirely, many others find that rationalizing what went wrong is cognitively easier than admitting you, yourself, were the one who was wrong.

There’s already plenty of evidence this is happening with QAnon. Despite the crisis of faith many Q followers had in the initial reaction to the inauguration, there hasn’t been any evidence of a mass exodus among the movement. Instead, over the last several days, followers have cooked up multiple theories to explain away why their Inauguration Day predictions failed. Many believe Biden’s inauguration was fake in some way. They suggest the whole ceremony was a deepfake or filmed days earlier, thereby making it unofficial. They’ve scrutinized images of the two Bibles Kamala Harris was sworn in on: the top Bible had a zippered cover, leading many to believe it was actually a purse … meaning her hand wasn’t really on a Bible … meaning there was a barrier in between … meaning her oath was illegitimate … meaning she’s not really vice president! (Except, it was very clearly a Bible, and you don’t have to swear on a Bible anyway.) There are endless theories to cling to for those who are motivated to believe.

Path 2: Back from the brink

Leaving QAnon, similar to leaving a cult, is not easy, but it is possible. Those whose belief in the QAnon conspiracy was shaken by the failed prophecy of Inauguration Day may consider abandoning the group, and online posts suggest at least some members are, but they will need support to really sever their connection. People are more likely to believe in conspiracy theories when they are isolated, anxious or feeling powerless — something many of us are experiencing in the midst of a life-altering pandemic — so having loved ones reach out, especially in a non-judgemental manner, could ease the transition out of the rabbit hole.

Studies of former cult members (and, yes, in many ways QAnon is like a digital cult) find that support from outside family and friends increases the likelihood of someone leaving. Believing in QAnon can cause relationship rifts that leave followers isolated, with fellow Q believers as their only social network. This makes it much harder to break free.

Leila Hay, a 19-year-old university student in the United Kingdom and former QAnon follower, said part of the reason she was able to walk away from the conspiracy theory was because she didn’t have any friends in the movement. 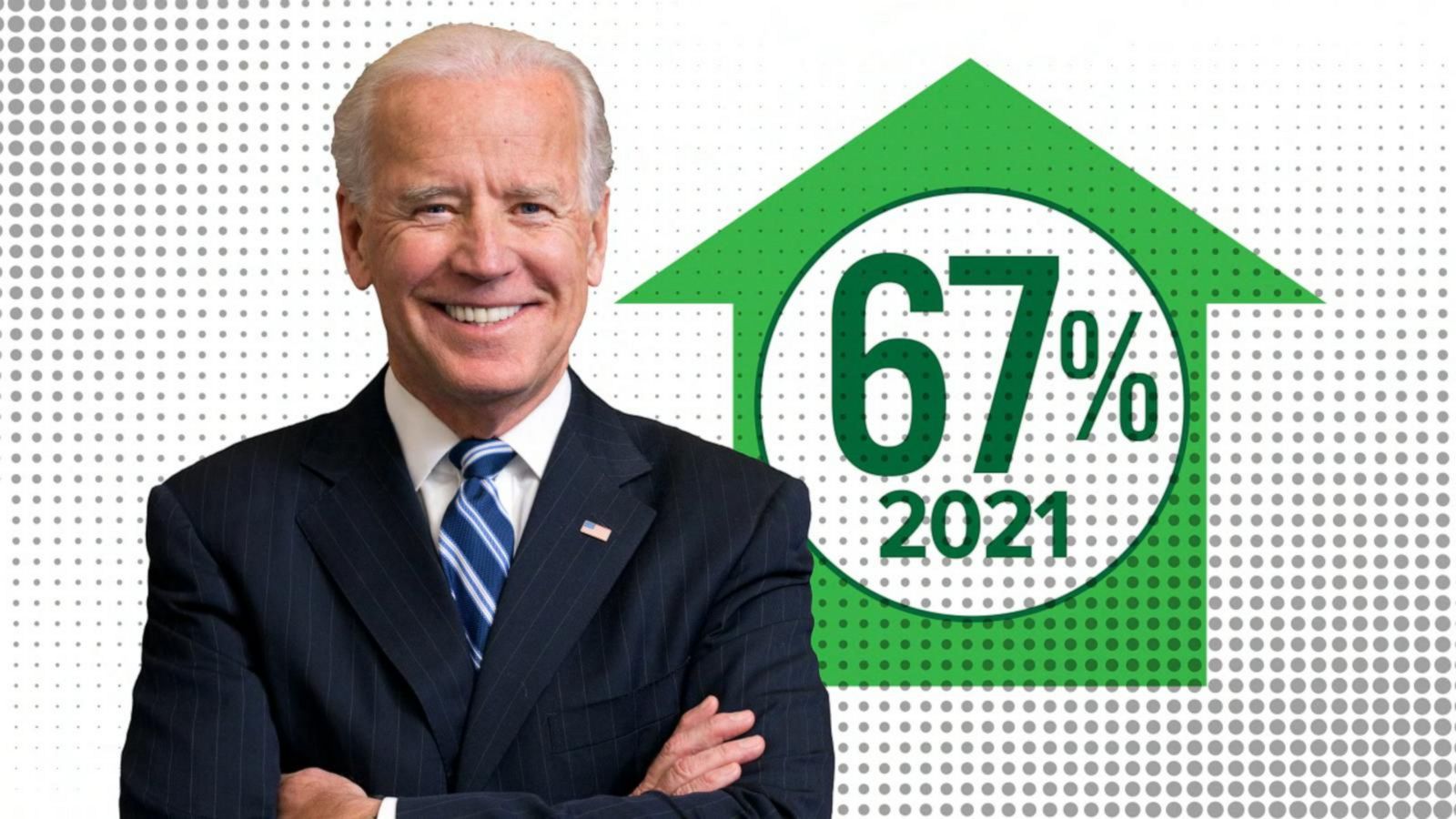 “For me, I could cut this out of my life and it wasn’t going to impact anyone other than myself,” Hay said.

With QAnon members particularly, encouraging them to come to their own conclusions based on real evidence (rather than the cryptic puzzles QAnon thrives on) can be key, according to Steven Hassan, a mental health professional and former cult member who has written extensively about helping Q members. Hay decided to leave in part because she was finding discrepancies in the information she was seeing — the first crack in her belief was a Twitter thread that listed every prior Q prophecy that had failed to come true. That kind of dissonance is a common narrative among former QAnon believers.

But even with outside support and plenty of evidence, it can be hard for Q followers to break free given how much they’ve put into the movement. Many have spent months or years of their lives consumed by the conspiracy. This investment is part of what we know keeps people in doomsday cults, Stone said, and can make it harder to walk away.

Path 3: Into the shadows

QAnon itself is a fairly radical and extreme belief system, but as followers come to terms with its failed Inauguration Day prophecy, they become vulnerable to being drawn into even more extreme groups, such as white nationalists and neo-Nazis.

It’s clear from online posts that these groups believe disillusioned Q followers are ripe for radicalization, and they may be right. The anxiety and loss of community some Q believers may feel can make them more vulnerable to believing radical ideas. Combine this with the fact that anti-Semitism was already heavily seeded throughout the Q conspiracy, and that many Q followers have recently migrated to fringe social media platforms like Telegram, Gab and Parler — platforms far-right extremists have colonized for years — and you’ve got a recipe for radicalization.

“Now there’s not really anyone with a different political opinion on these apps, they’re acting as an echo chamber, and general conservatives who weren’t used to this are now being shown certain belief sets,” said Sam Collins, another former Q believer. “It’s quite scary to me.”

[Trump Said QAnon ‘Fights’ Pedophilia. But The Group Has Made It Harder To Protect Kids.]

Far-right extremists are all too happy to share a different worldview that offers a new target for their anger and frustration as well as a new online camaraderie. If even just a small percentage of Q followers wind up “red pilled,” as the so-called alt-right calls its indoctrination, it could lead to more violence. In fact, these groups are banking on it.

One Telegram post predicted the mass scale of protests that will happen when Q Anon castoffs link up with other far-right extremists, comparing them to the Jan. 6 siege of the U.S. Capitol. “It will make the 6th look like a joke.” 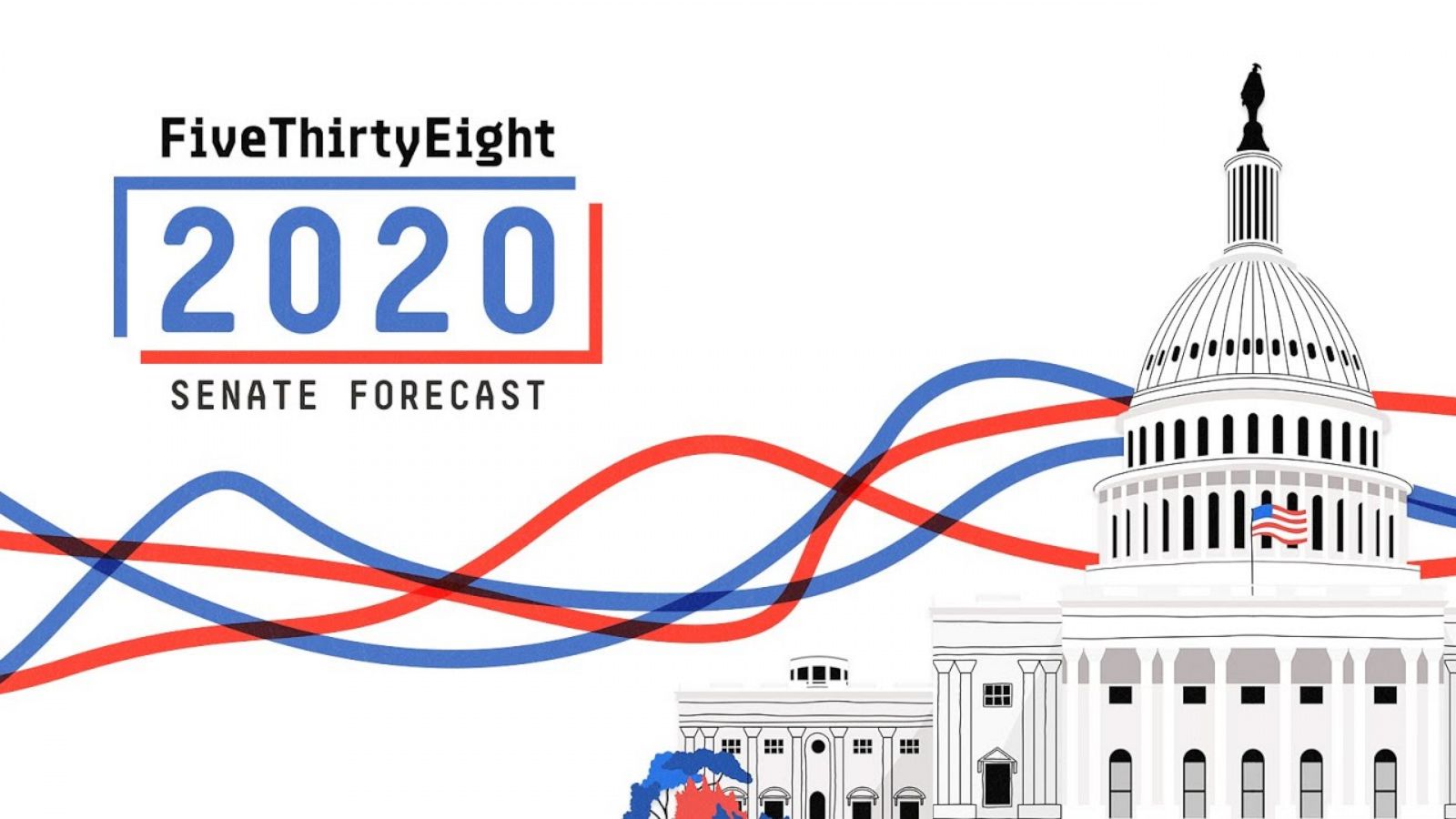 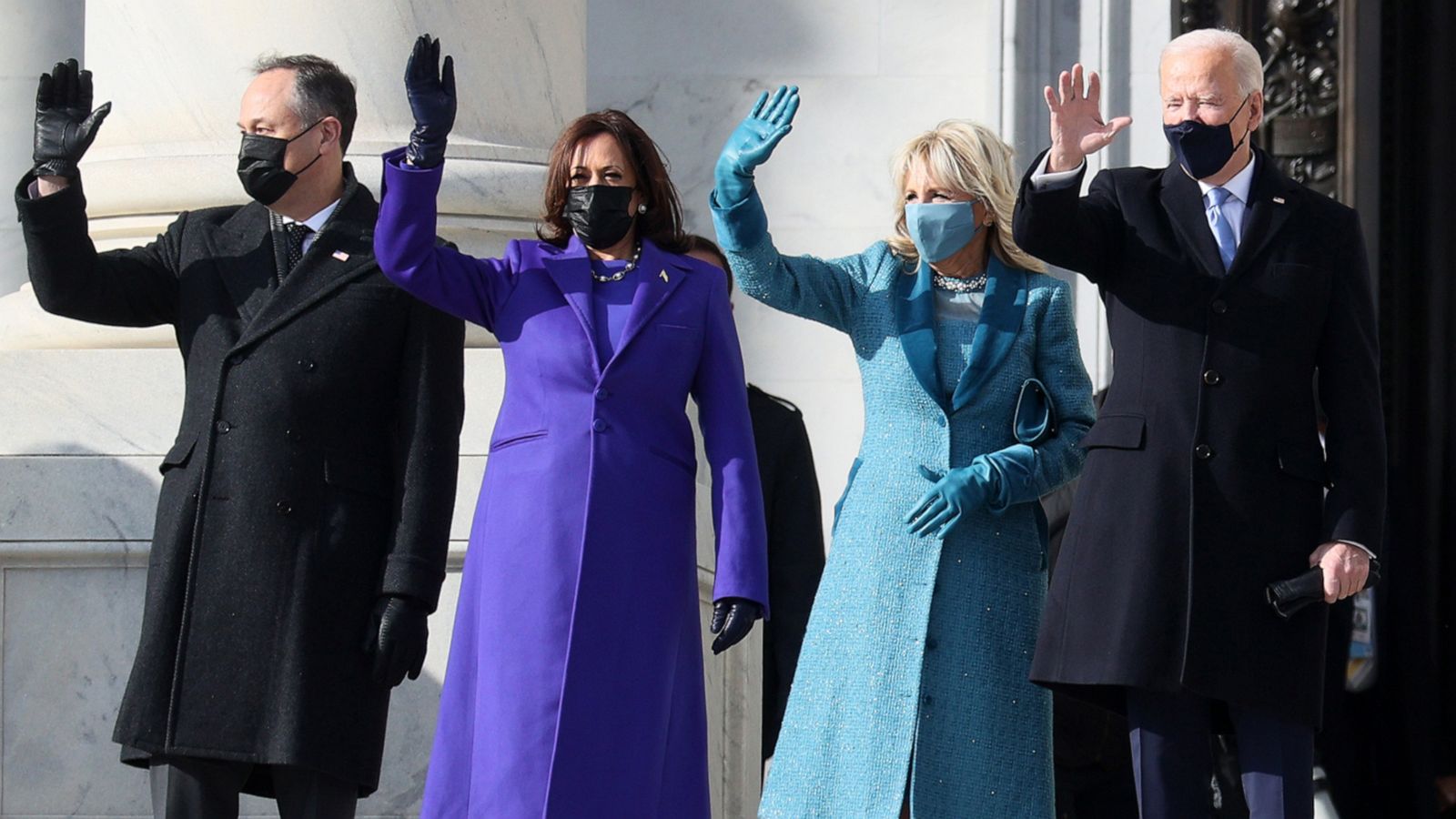