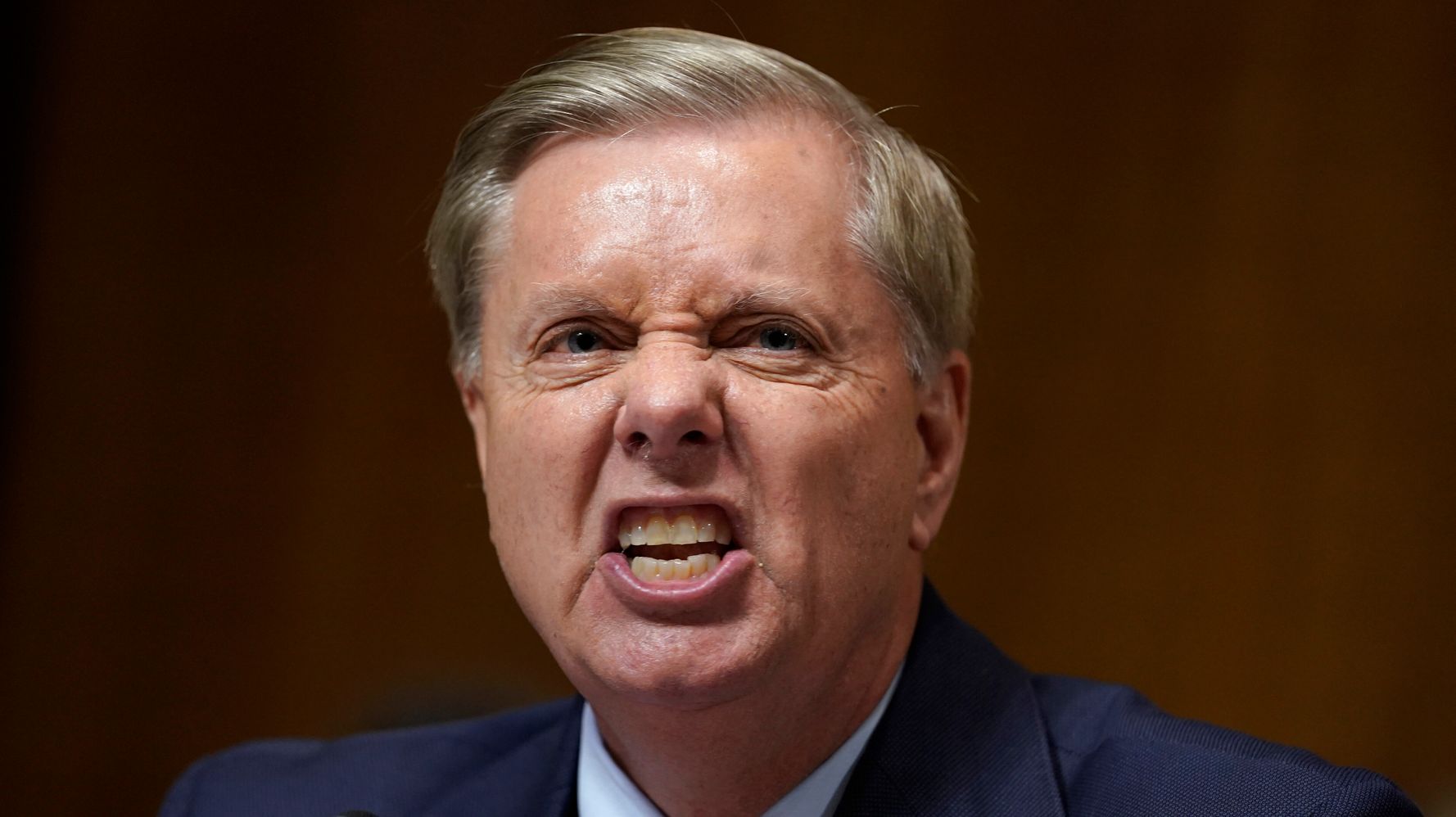 Cheney is the latest victim of conservative cancel culture as she’s reportedly on the verge of losing her position as conference chair, the number three Republican in the House, due to her criticism of the former president.

But Graham wasn’t all that sympathetic to her plight.

“He sounds like a ’90s R&B singer, like, ’I can’t go on, I can’t imagine my future without you,” Johnson said. “As usual, Lindsey Graham has about as much political integrity and stability as a weather vane.”

And on Twitter, Graham’s critics were quick to similarly call him out:

Ted Cruz and Lindsey Graham have definitely played Boar on the Floor at Mar-a-Lago. https://t.co/fboPTYwxNF

No Lindsey. The Republican Party won’t grow with Trump. The party will only SHRINK with Trump. https://t.co/57paKEhi2v

This is refreshingly honest. Partly because he views her as making a tactical determination as opposed to a moral one (possibly true!) and also because this logic is independent of any moral considerations whatsoever. https://t.co/JdUErOcOXm

In two tries, Donald Trump never managed to get even 47% of the popular vote, and yet Lindsey Graham thinks the GOP can’t live without him.

That is such a grim commentary on the state of the Republican Party. https://t.co/gAzlpya9up

This is the most pathetic thing I’ve seen. Lindsey Graham clearly had his spine surgically removed. No other explanation. https://t.co/9YzXPP7SEt

Lindsey Graham is a failure.

Trump will not save Republican ideals. He doesn’t even share them.

He’s actively undermining everything a democratic republic represents. He wants a cult of personality and he will destroy US to get it.

He must be stopped at all costs.

“We can’t grow without him,” Lindsey Graham says of the guy who presided over losses in the House, Senate, and White House. https://t.co/0quU1l67wy

They are all in on authoritarianism and national populism. They are not a serious party anymore and this pathetic husk of an empty chicken suit is the living proof. https://t.co/c57DPkcCUo

The media won’t call this party fascist until they put out a press release calling themselves fascist and even then I duno https://t.co/NuWF6nfmLk