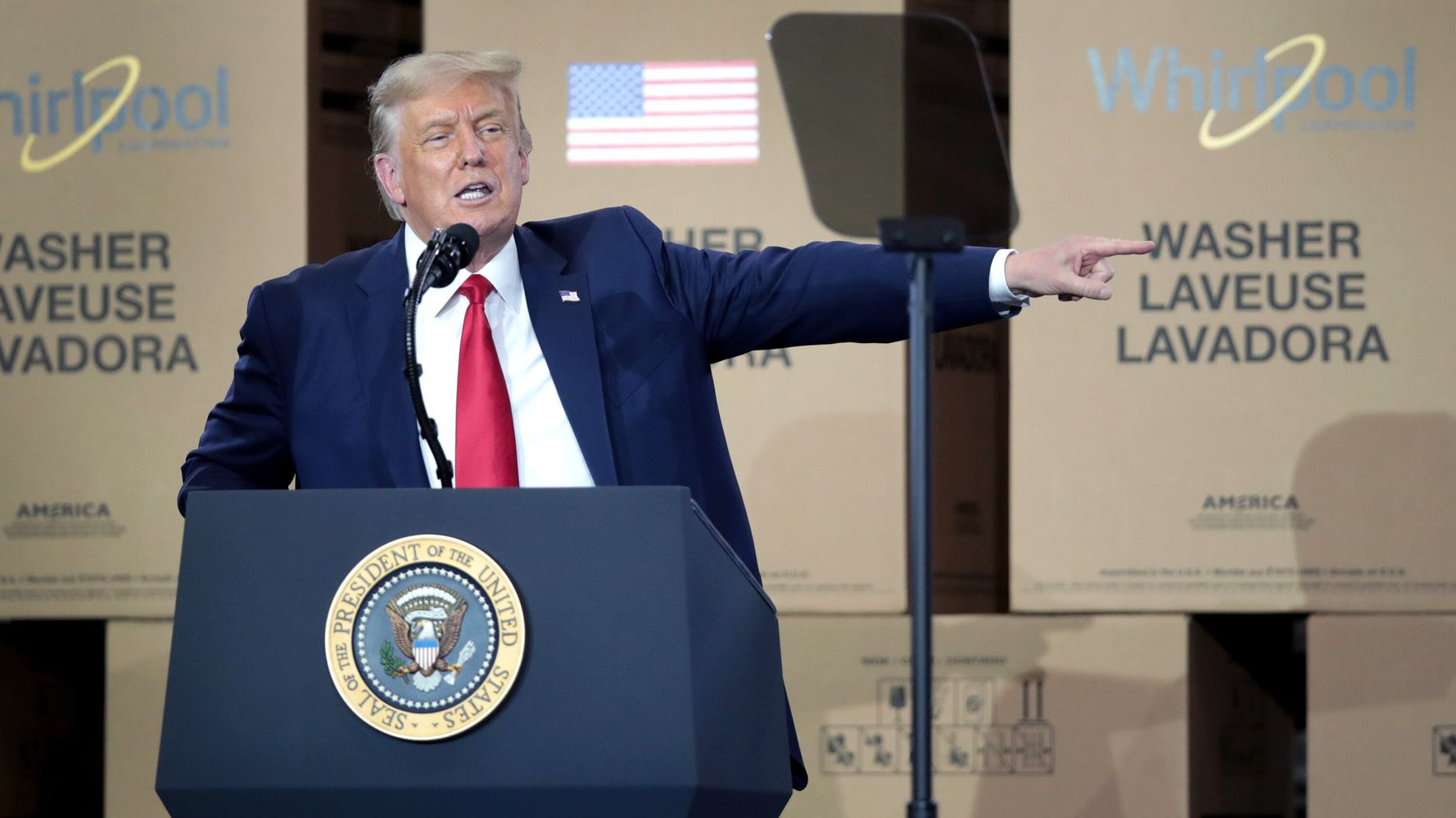 Whoever was behind the music at President Donald Trump’s appearance at an Ohio washing machine factory on Thursday might want to rethink the playlist.

The Guns N’ Roses’ cover of Paul McCartney and Wings’ “Live and Let Die” blared on the loudspeaker before the president’s speech at a Whirlpool plant in Clyde, Ohio.

The White House is playing “Live and Let Die” before Trump’s arrival at a thinly disguised campaign event in Ohio that the state’s governor cannot attend because he just came down with Covid-19, the disease that killed over 1,400 Americans yesterday. pic.twitter.com/AGumBfSFb8

The Intercept’s Robert Mackey posted video of the tasteless moment, noting that Ohio Gov. Mike DeWine could not attend because he had tested positive for COVID-19, “the disease that killed over 1,400 Americans yesterday.” A second test later showed DeWine negative.

The U.S. has surpassed 160,000 coronavirus deaths under Trump’s watch and the toll is projected to reach nearly 300,000 by December.

The same song played during Trump’s visit to a Honeywell factory that makes face masks in May.

Twitter was aghast at the offensive encore, which was perhaps made worse by Trump’s callous “It is what it is” comment about the death toll in an HBO interview broadcast this week.

“They’ll soon be playing Queen’s ‘Another one bites the dust,’ one person sniped on Twitter.

When you think it can’t get any worse……..unbelievable.

Yep. I guess this goes under the “it is what it is” campaign strategy. 🤬

Someone has a very dark sense of humor.

If he is gonna play a McCartney song, it should be ‘Back in the USSR’.