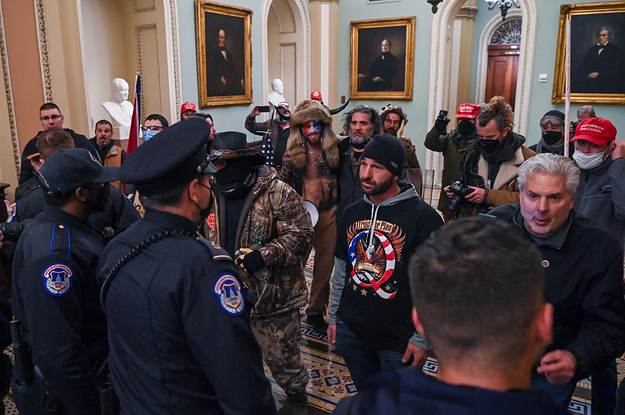 A US Capitol Police Officer Was Charged With Obstructing The Jan. 6 Investigation

October 15, 2021
WASHINGTON — A 25-year veteran of the US Capitol Police was indicted this week on charges that he attempted to obstruct the investigation into the Jan. 6 riots by contacting a rioter and urging him to take down his social media posts from the scene. Michael Riley, who works in the Capitol Police’s K-9 unit, 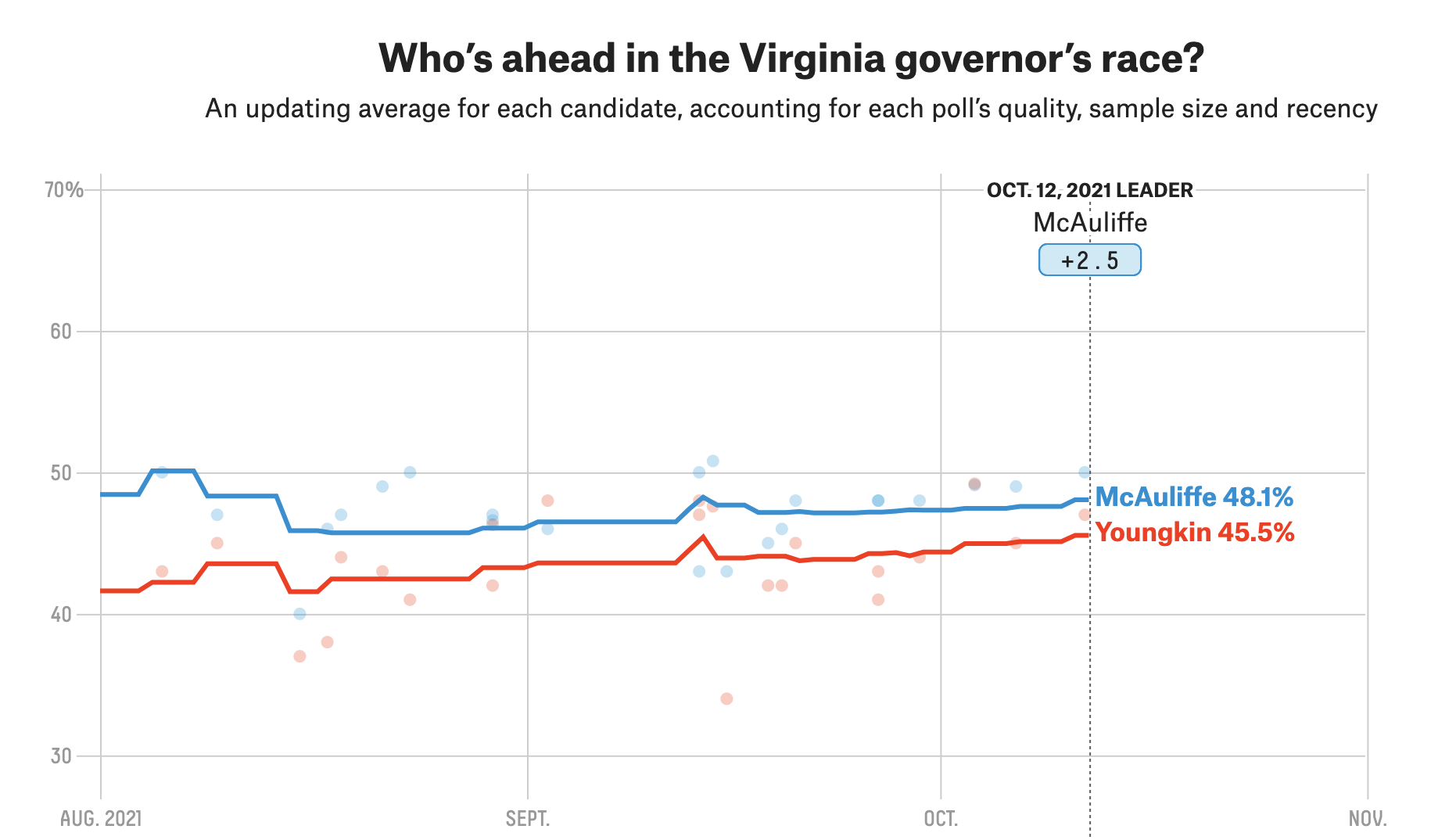 Why The Virginia Governor’s Race Is So Close

October 15, 2021
Welcome to Pollapalooza, our weekly polling roundup. Election Day 2021 is only about two weeks away, and the big race to watch is undoubtedly Virginia’s gubernatorial contest. A still-somewhat purple state with a Democratic lean in recent presidential elections, Virginia will be viewed by many as a bellwether for the 2022 midterms, and the race 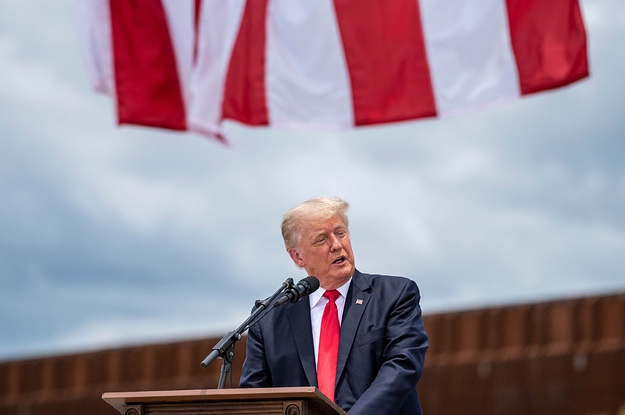 October 8, 2021
Republicans are laying the groundwork for candidates to follow former president Donald Trump’s election-denying playbook, creating the potential for vote “audits” up and down the ballot for years to come. Of most concern to election experts and voting rights advocates is Texas’s SB 47, a bill Republicans are currently fast-tracking through the state legislature. It 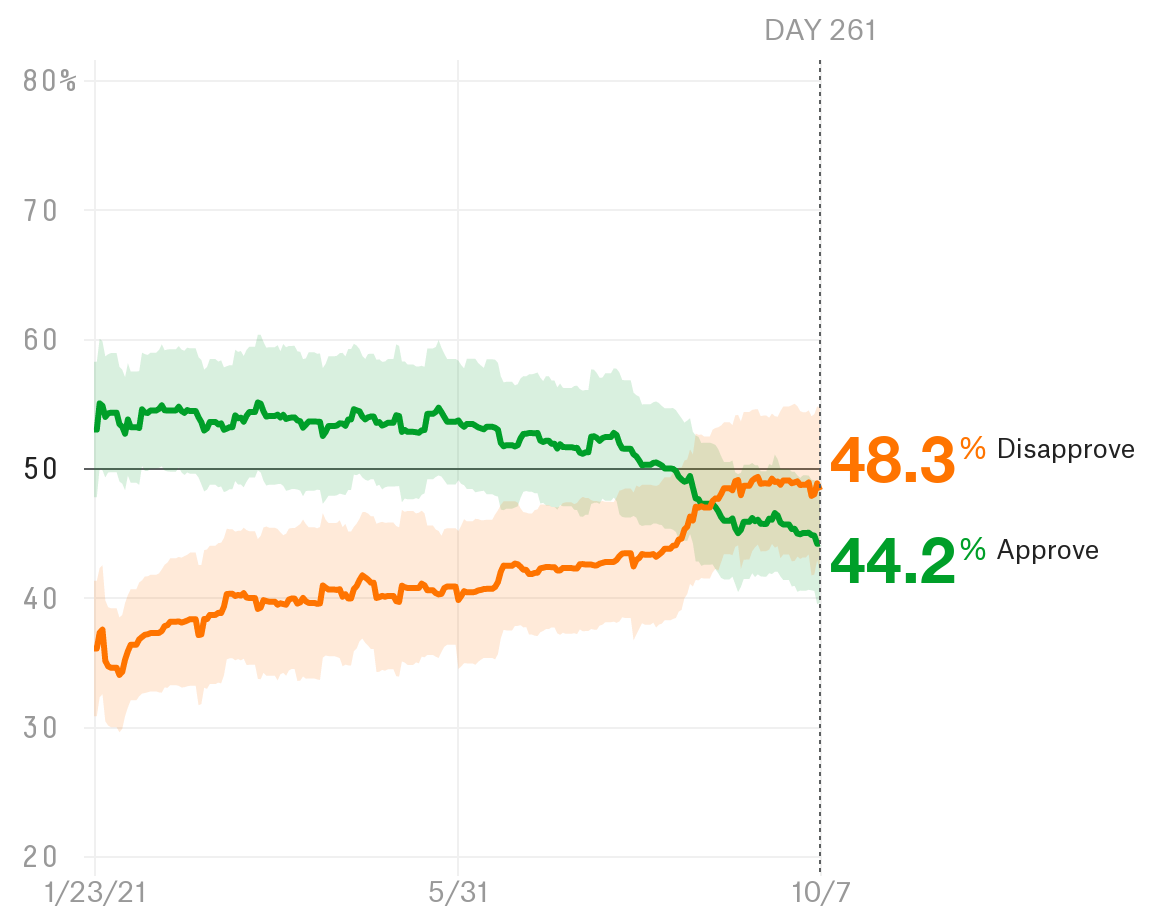 Americans Want The Government To Act On Climate Change. What’s The Hold-Up?

October 8, 2021
Welcome to Pollapalooza, our weekly polling roundup. As President Biden and other Democrats work to pass an omnibus budget bill, members of the party are at odds over the topline spending number, with figures ranging between $1.5 trillion to $3.5 trillion. Biden has said it’s likely the bill will end up in the $2 trillion range,

Trump Tried To Use This Law To Overturn His Loss, But Now Congress Could Change It

October 8, 2021
In his relentless effort to stay in office despite clearly losing the 2020 presidential election, Donald Trump and his legal team planned to use a vaguely defined 19th century law setting the rules for how Congress counts electoral votes. Now lawmakers are working on bills in the House and the Senate to reform that law

October 8, 2021
Democrats did not love Charles Rettig when he was Donald Trump’s IRS commissioner. One lawmaker even said he was so bad he literally belonged in jail. But Democrats like Rettig now that he’s Joe Biden’s IRS commissioner, and nobody has clamored for him to be fired like some other holdovers from the Trump administration. Advertisement

October 8, 2021
Donald Trump embraced familiar fearmongering rhetoric about migrants on Fox News on Thursday, warning against accepting Haitian asylum-seekers because “many of those people will probably have AIDS.” The former president made the comments during a discussion about immigration with host Sean Hannity, who said he was all for “legal immigration,” but asked if it was