It’s a familiar sight in Boston in mid-October: a line of people, many decked out in Red Sox gear, stretched down Jersey Street, waiting to pass through Gate A and enter historic Fenway Park. But this year, they weren’t going to see a baseball game. They were going to vote.

The Red Sox were one of dozens of sports teams to offer up their home stadiums as polling places for this election. With the coronavirus pandemic forcing polling sites to relocate from cramped spaces like fire stations or high-risk locations like nursing homes, sports facilities have emerged as excellent alternatives (if not without controversy in some cases). Their massive size means they can process tons of voters at once and still leave space for social distancing, and some of them are even outdoors, which lowers the risk of transmitting the virus.

Plus, they’re just a cool place to vote — especially for fans who haven’t been able to see their favorite teams in person this year. The demand to vote at Fenway was sky-high; on the first morning of early voting, a Red Sox staffer said the line wrapped around nearly the entire park, from Jersey Street to Van Ness Street to Ipswich Street to Lansdowne Street, and even later in the day, voters were waiting 45 minutes to get in. Nevertheless, one family of Red Sox season ticket holders told me how happy they were just to have a chance to visit Fenway this year. And voter Kate McElhiney said she went out of her way to vote at Fenway, which is on the other side of town from her Dorchester home.1 McElhiney told me she wanted to vote at Fenway partly because of the novelty, but also partly because she considered the cavernous, well-ventilated concourse the safest environment in which to vote.

While the pandemic may have created the demand for stadium polling places, it was the summer’s racial-justice demonstrations that inspired teams to supply them. As Black Lives Matter protests swept the country in early June, the Atlanta Hawks were the first team in any league to volunteer their home court, State Farm Arena, as a polling place. “Unfortunately — but fortunately for early voting — our facility was not hosting any games,” Amy Phuong, the Hawks’ vice president of government relations, told FiveThirtyEight. “So [CEO Steve Koonin] had an idea: With everyone out there lending their voices, what better way to lend our voice?”

Bekah Salwasser, executive director of the Red Sox Foundation, agreed with that sentiment. “We know people around the country — for many months, through protests or demonstrations — want change,” she said. “And we believe that one of the best ways to make definitive change as an individual and as a civilian in this country is by voting.”

Player activism played a huge role, especially in basketball. In late August, NBA players (led by the Milwaukee Bucks) staged a wildcat strike in protest of the police shooting of Jacob Blake, and the movement was joined by players in the WNBA, MLB, MLS and NHL. The NBA strike ended two days later after, among other things, the league agreed to convert its arenas into polling places wherever possible, leading to several more facilities being approved as polling sites.

In total, at least 39 major-league sports facilities are being used as voting locations this fall — including 31 that are open for voting today, Election Day. The list includes 11 NHL arenas, 10 NFL stadiums, five MLB ballparks and five WNBA arenas.2

But the NBA leads the way, with 17 of its 28 domestic3 arenas converted into polling places. While that falls short of the goal set after the strike of full participation, some other arenas are encouraging civic participation or assisting election officials in other ways. The Oklahoma City Thunder held voter-registration drives inside the Chesapeake Energy Arena; election workers were trained at the Detroit Pistons’ Little Caesars Arena; ballots will be counted inside the Memphis Grizzlies’ FedExForum. And while the Chase Center in San Francisco isn’t a polling place, other Golden State Warriors facilities are, and there is a ballot drop-off location outside the Chase Center itself.

Even more venues would be participating if they could. Ultimately, it’s not up to teams to decide whether their arenas become polling places — it’s up to election authorities. (According to Salwasser and Phuong, Fenway and State Farm Arena both had to meet certain criteria before they were approved as polling places; for instance, the Boston Election Department conducted a site visit of Fenway.) And sometimes, a local government declined a team’s offers — much to the chagrin of the team. For example, the Miami Heat were not pleased when Miami-Dade County rejected their invitation to make AmericanAirlines Arena an early-voting site, instead opting for a smaller space at a nearby museum. The Miami Herald later revealed that county Mayor Carlos Gimenez, the Republican candidate for Florida’s 26th Congressional District, intervened to prevent election officials from choosing the arena.

And in Milwaukee, the Bucks’ Fiserv Forum and the Brewers’ Miller Park had already been announced as early-voting locations when the Milwaukee Election Commission abruptly dropped those plans, citing concerns that votes there could be legally challenged.4 Alex Lasry, a Bucks senior vice president, told FiveThirtyEight that the team was disappointed by the decision and had been looking forward to giving people in Milwaukee, especially people of color, an accessible place to vote. But “we also know it was the right decision,” Lasry said. “We want there to be no doubt every ballot cast is legitimate and don’t want anyone’s voices to be taken away.” And the team was still able to chip in by hosting voter-registration drives.

At the stadiums that are serving as polling places, voters are being treated to a voting experience like no other. At State Farm Arena, the Hawks set up three distinct voting areas, including one where voters entered through the giant “Atlanta” letters, were checked in amid the “Hawk Walk” concessions area and voted at machines set up throughout the 100-level concourse and arena floor. Altogether, the arena housed more than 300 voting machines; according to Phuong, that’s more than any other early-voting location in Georgia and, she believes, the entire country. She added that nearly 300 Hawks employees were helping out by filling roles as varied as greeting voters and serving as poll workers alongside county employees.

At Fenway, almost 100 Red Sox front-office staffers and day-of-game workers volunteered to help manage the crowds, while City of Boston poll workers handled the actual check-in and check-out processes. First, just inside Gate A, voters confirmed with a poll worker that they were registered in Boston. Then it was a short walk up a ramp to the third-base concourse below grandstand sections 29-31, where a second check-in desk sat ready to hand the voter one of 37 different ballots, depending on where in Boston they lived and what races they were eligible to vote in.

Voters marked their ballots at booths set up in front of a mural of Ted Williams and a Samuel Adams bar. Then, after they dropped them into a ballot-collection box in front of a concession stand that normally sells soft serve ice cream, came the cherry on top: stickers reading, “I voted at Fenway Park” and a chance to climb up into the grandstand and see the field. 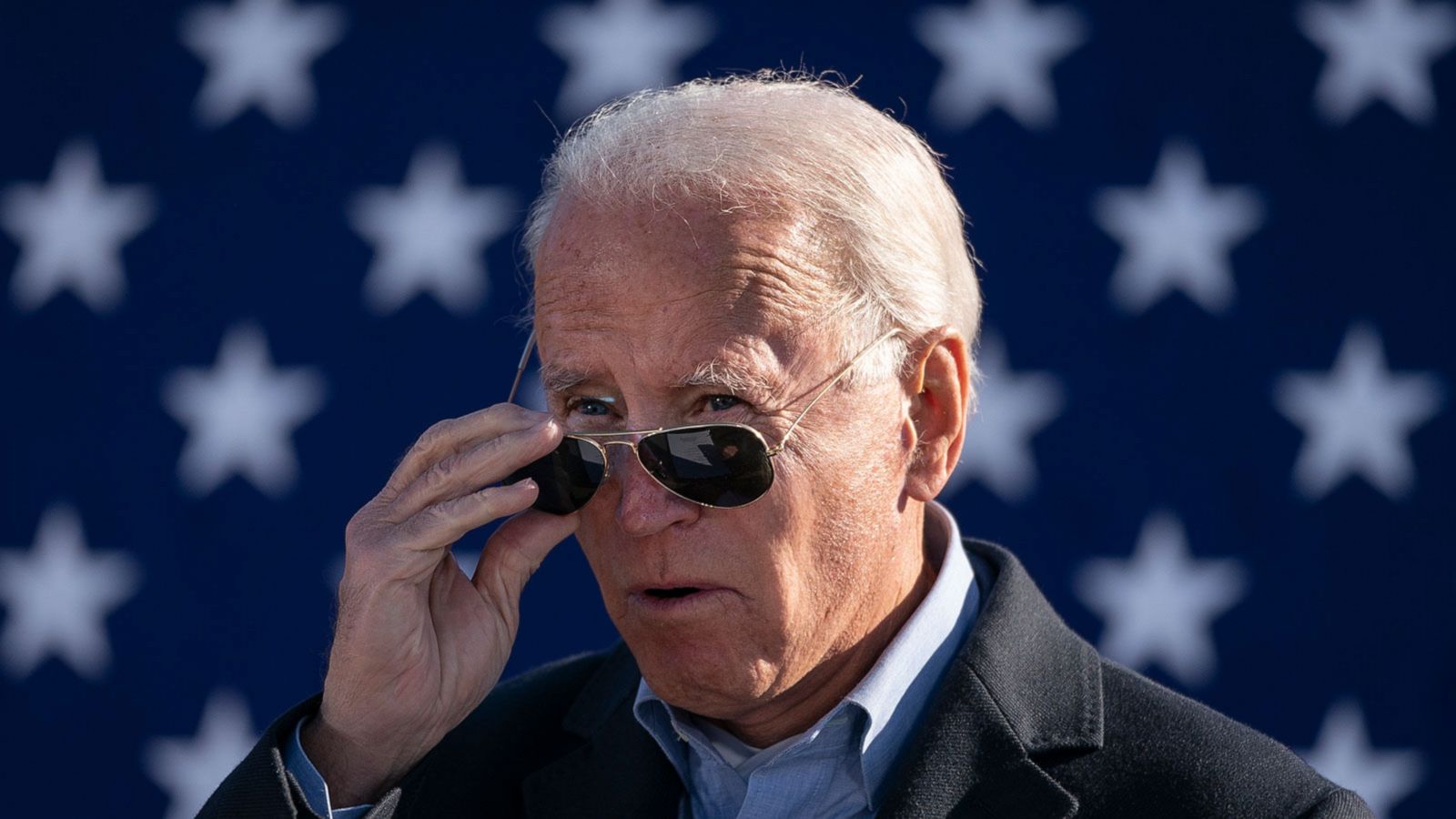 CORRECTION (Nov. 5, 2020, 10:30 a.m.): The table in this article listed Lucas Oil Stadium as open for voting on Election Day but failed to note its status as an early-voting location. County election officials decided on Oct. 30 to allow voting at the Indianapolis Colts’ stadium starting Oct. 31.