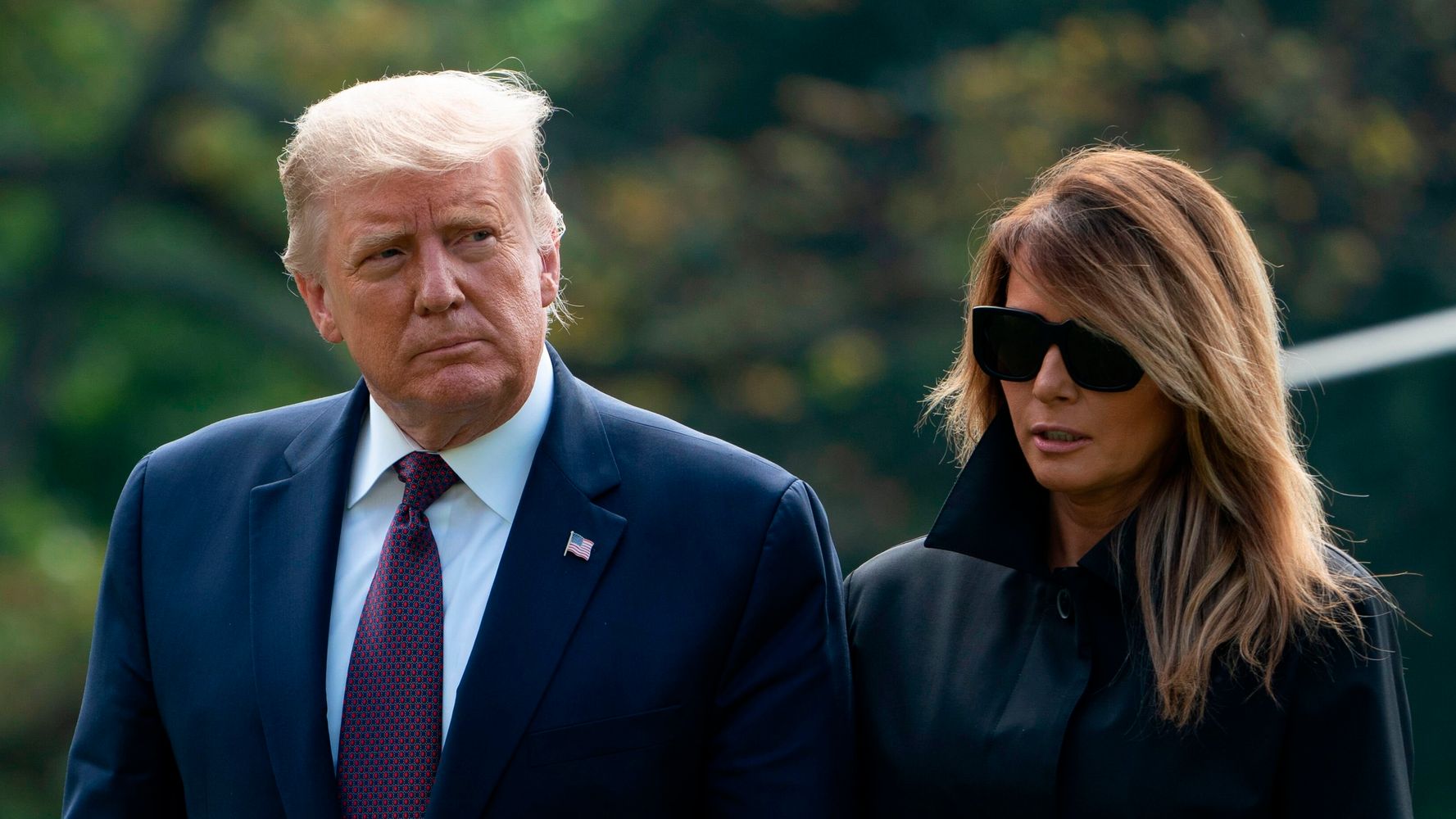 The president has repeatedly downplayed the threat of the coronavirus, even as more than 200,000 Americans have died, but experts have warned that at 74 he is already at a higher risk of falling seriously ill.

Here’s what we know so far:

Who takes over if Trump is too ill to work?

The Trumps have some of the best health care in the U.S. available to them, but the president is still at a higher risk of severe illness than most due to his age, according to Centers for Disease and Control and Prevention guidelines.

The organization says people aged 65 to 74 have a five times higher risk of hospital admission with coronavirus compared with those aged 18 to 29, and a 90% higher risk of death.

If Trump became too ill to work, Vice President Mike Pence would then take charge.

With a number of cases of COVID-19 reported within the White House, it is feasible that Pence could also test positive. If he did contract the virus and was incapacitated, the speaker of the House — Democrat Nancy Pelosi — would take over.

What does this mean for the election?

Trump has held large, often maskless, events throughout the pandemic in the leadup to the presidential election and has repeatedly sought to downplay the virus.

The president has been fiercely criticized for these gatherings, which have attracted thousands of people and gone against health guidelines followed worldwide.

But Trump is now self-isolating after testing positive for the virus. The future of his planned rallies remains uncertain, but the president is unlikely to be able to attend events in Wisconsin, Florida and Arizona, the Express reported.

It is also unclear whether Trump’s positive test will prevent him from attending the second presidential debate, set to take place on Oct. 15 in Miami.

With the election itself just 32 days away, Trump’s positive diagnosis raises huge questions around how the event will play out.

How has the world reacted?

Global markets dropped in the wake of the announcement of Trump’s positive test, with U.S. shares and oil prices sinking in Asia trading hours.

The news broke early Friday morning, and as of writing, most world leaders had not yet responded publicly to the news.

U.K. Prime Minister Boris Johnson, who has recovered from COVID-19 after falling seriously ill, tweeted: “My best wishes to president Trump and the first lady. Hope they both have a speedy recovery from coronavirus.”

My best wishes to President Trump and the First Lady. Hope they both have a speedy recovery from coronavirus.

Vice President Mike Pence was one of the first to react to the news, tweeting: “Karen [second lady of the United States] and I send our love and prayers to our dear friends president @realDonaldTrump and @FLOTUS Melania Trump. We join millions across America praying for their full and swift recovery. God bless you president Trump & our wonderful first lady Melania.”

U.K. Housing Secretary Robert Jenrick told Times Radio that the Trumps’ diagnosis is a reminder that everyone is susceptible to the disease and urged the public to follow the rules.

“This is a president who has always downplayed the virus, acted — as you’ve seen in those rally pictures you were showing — as though it didn’t exist and this is bound to make people in the United States wonder about the quality of the leadership they’ve been offered over the last six months,” Mark Drakeford told Sky News.

He said that “on a personal level” he hoped Trump and the first lady would “sail through” the virus.

“But I think it will bring a whole series of questions to the fore which the president has tried to sideline during this election campaign,” Drakeford said. “He’s not wanted to talk about coronavirus despite the 200,000 people who have died in the United States. So I think the political ramifications will be real, however his own condition develops.”

What have the Trumps said?

The president announced his diagnosis on Twitter early Friday morning, writing: “Tonight @FLOTUS and I tested positive for Covid-19. We will begin or quarantine and recovery process immediately. We will get through this TOGETHER!”

Tonight, @FLOTUS and I tested positive for COVID-19. We will begin our quarantine and recovery process immediately. We will get through this TOGETHER!

The first lady later also tweeted, confirming that both she and the president had tested positive as had “too many Americans … this year.”

She added: “We are feeling good and I have postponed all upcoming engagements. Please be sure you are staying safe and we will all get through this together.”

As too many Americans have done this year, @potus & I are quarantining at home after testing positive for COVID-19. We are feeling good & I have postponed all upcoming engagements. Please be sure you are staying safe & we will all get through this together.

None of Trump’s four adult children, all of whom attended the presidential debate on Tuesday but refused to wear masks, have publicly responded to the news.

Who else in the White House has tested positive?

The Trumps are not the first in the White House to test positive for COVID-19 — they themselves took tests after one of the president’s closest aides, Hope Hicks, was confirmed to have contracted the virus.

While waiting for the results of his test following Hicks’ diagnosis, Trump said he had found it difficult to socially distance while meeting members of the armed forces.

Katie Miller, press secretary to the vice president, who is married to Trump’s adviser Stephen Miller, has previously recovered from COVID-19. In May, it also emerged that one of Trump’s personal valets had tested positive for COVID-19.