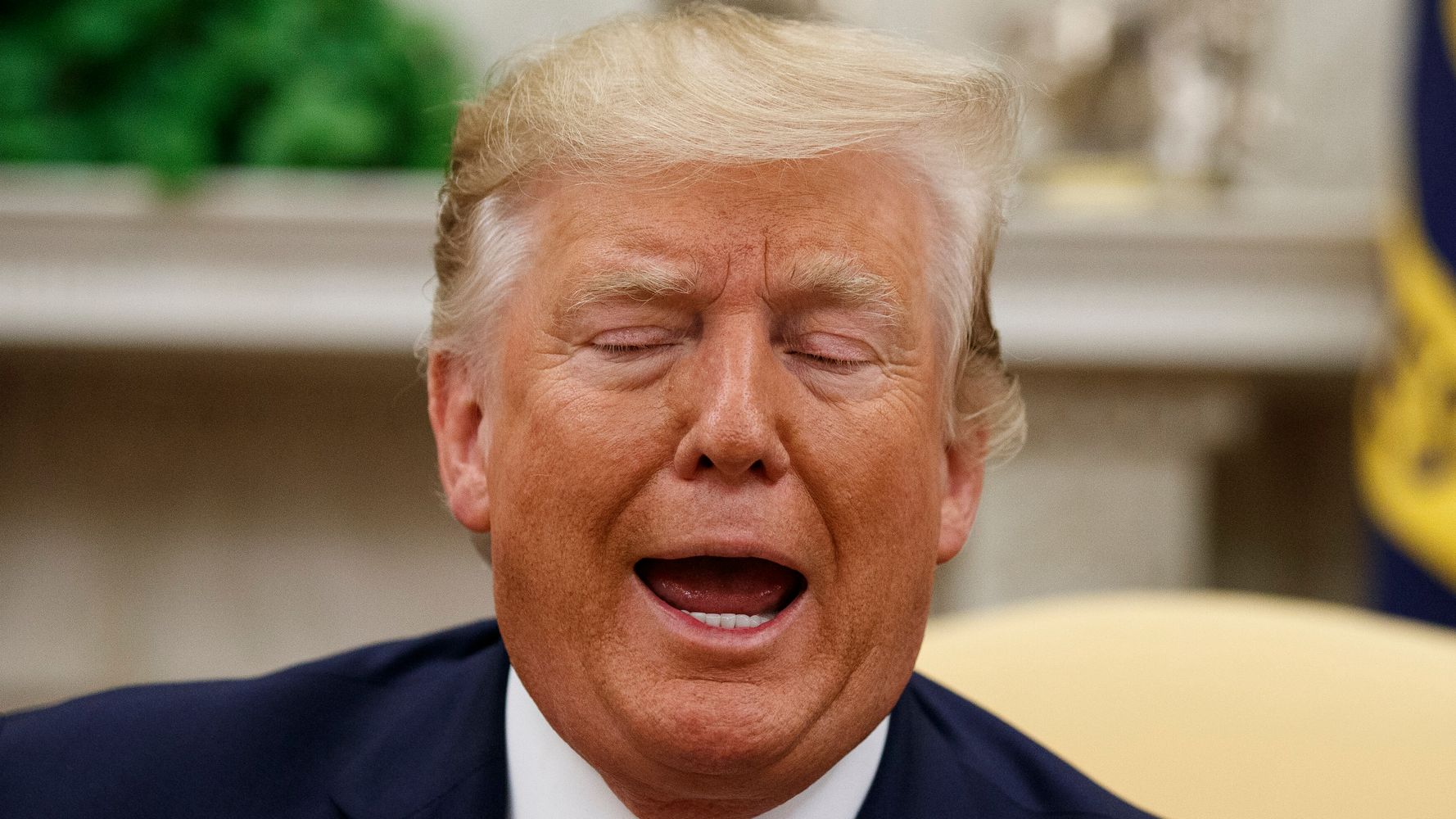 President Donald Trump on Thursday vindictively declared he would endorse any candidate with a pulse over Sen. Lisa Murkowski (R-Alaska) after she revealed she was struggling with whether to support Trump’s reelection.

“Few people know where they’ll be in two years from now, but I do, in the Great State of Alaska (which I love) campaigning against Senator Lisa Murkowski,” tweeted Trump, who also moaned about the times she has opposed him.

“Get any candidate ready, good or bad, I don’t care, I’m endorsing. If you have a pulse, I’m with you!” the president added:

Few people know where they’ll be in two years from now, but I do, in the Great State of Alaska (which I love) campaigning against Senator Lisa Murkowski. She voted against HealthCare, Justice Kavanaugh, and much else…

…Unrelated, I gave Alaska ANWR, major highways, and more. Get any candidate ready, good or bad, I don’t care, I’m endorsing. If you have a pulse, I’m with you!

It should be noted, however, that Murkowski did vote to acquit Trump on both articles of impeachment during his trial for Ukraine misconduct. The Alaska lawmaker also voted against hearing from witnesses in the trial.

Trump’s tweets drew scorn on social media as people argued it just proved he values loyalty over all else — even to the detriment of American citizens.

Some cracked jokes about former attorney general and current GOP Senate candidate Jeff Sessions, while others suggested Trump wouldn’t be campaigning for anyone in two years time:

Gee, I wonder how Lisa Murkowski will possible rebut the power of Trump’s endorsement of her opponent in 2022? https://t.co/n7T9nohijS

I’m sure republicans are delighted that their leader doesn’t give a shit about how competent they are, only that they are loyal to him. Seems totally in-line with core American Conservative values. https://t.co/lj0RUnBFHU

President Trump sends a message to uneasy Republicans as cracks begin to show in the GOP: Go against me and you’ll get treated like Senator Murkowski. He promises to support any challenger with a “pulse.”https://t.co/HdUwNMXMeX

I’m sure Alaskans will be thrilled to hear how highly their voice is regarded. https://t.co/8Vn4SCxtmK

The President is looking for a GOP candidate to run against Lisa Murkowski. Does not need any skills. Can be bad. Just needs to have a pulse. Anyone seen Sarah Palin? https://t.co/M13xbPTgdy

Trump doesn’t even care about the quality of the candidate running against Murkowski https://t.co/APY3hcxuol

Your political career will be dead in 2022.

You have no power here. Be gone.

Not in the White House.

At least Trump is being honest, for once: he really doesn’t care if Alaska has *good* leadership, as long as they never question him. https://t.co/5kbEWM3rXP

Yasssssss Queen. Go to civil war against your own party. Republicans should go tear themselves apart.

The president unbridled, telling voters straight up he doesn’t care who is good or bad for you, as long as its not someone who quesrions him. https://t.co/8MhqtTQ7aE

That sound you hear is Jeff Sessions moving to Alaska https://t.co/H5qvBTFPAT

“I don’t give a fuck about Alaska. I just really wanna hurt that woman.” https://t.co/cdKv8lpmHe