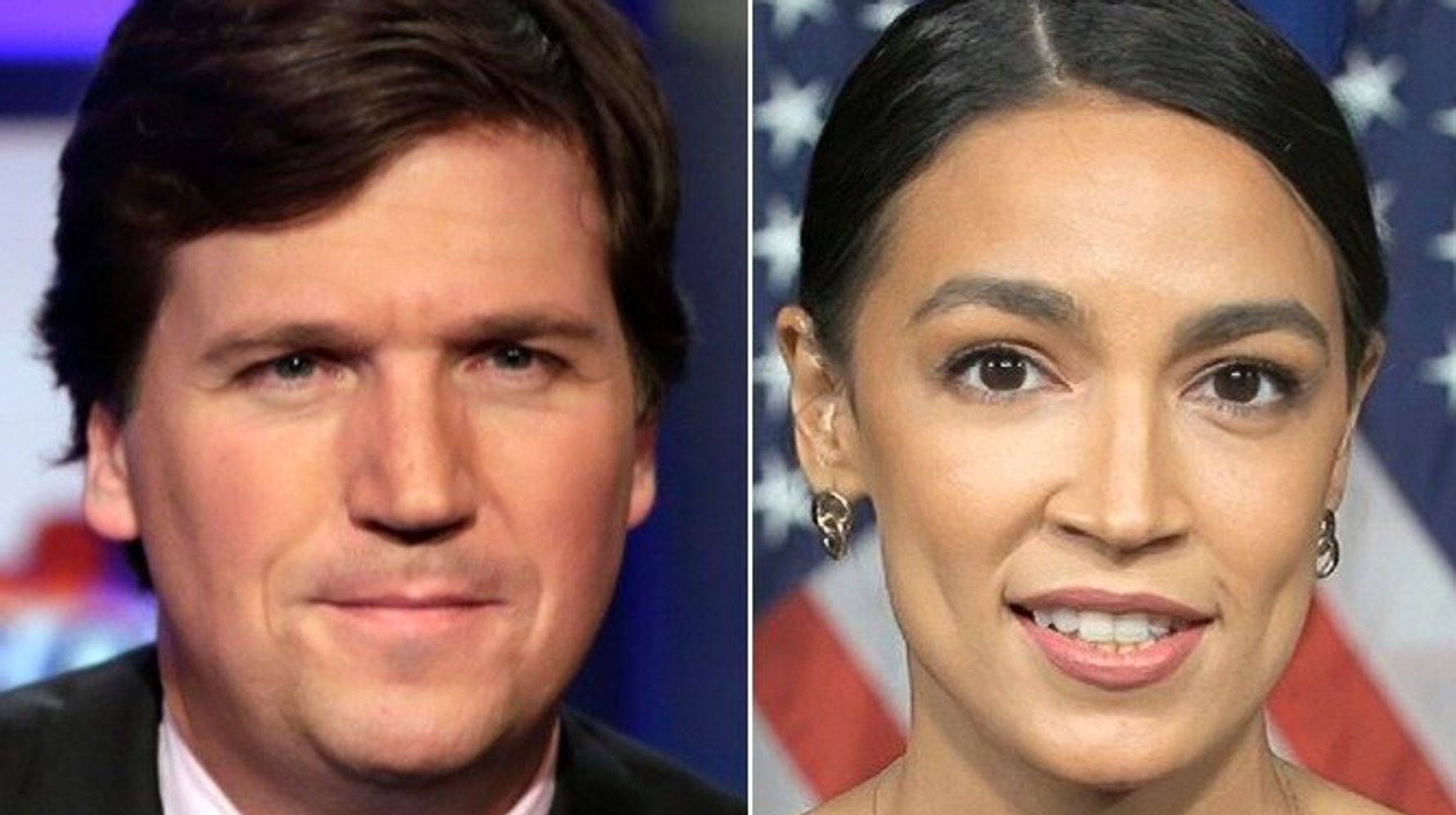 Fox News’ Tucker Carlson faced backlash and accusations of hypocrisy on Thursday after he mocked Rep. Alexandria Ocasio-Cortez (D-N.Y.) for saying she feared for her life during last week’s U.S. Capitol riot.

Critics described Carlson’s vitriolic monologue— in which he called Ocasio-Cortez dumb, narcissistic and “the Kim Kardashian of Congress” — as “vile and vicious.”

Ocasio-Cortez said on Instagram live this week that “it was not an exaggeration to say that many members of the House were nearly assassinated” in the violence incited by Donald Trump, for which the outgoing president was impeached days later.

“Many of us, nearly and narrowly escaped death,” she recalled.

Carlson responded with a diatribe on Thursday’s broadcast of his widely watched show.

The Fox News personality fearmongered about “vacuous little totalitarian morons” like Ocasio-Cortez wielding power. He also criticized the New York Democrat for thanking the police officers who protected Congress during the riot while at the same time supporting the call to “defund the police.”

“When the most harrowing thing in life is pass freshman sociology at Boston University, every day is a brand new drama,” he added. “Sandy’s heart is still beating fast. But she likes the cops now, despite the fact they’re white supremacists. What a difference a day makes.”

Ocasio-Cortez has not responded to Carlson, who she previously described as a “white supremacist sympathizer.”

Twitter users did hit back, however. Many pointed out the conservative presenter’s own hypocrisy of dismissing the threat posed by the Trump-supporting insurrectionists while playing up the supposed danger to Mark and Patricia McCloskey, the white couple from St. Louis who last year pointed guns at Black Lives Matter protesters walking past their home.

Forget awful politics, this is just vile and vicious https://t.co/3J44CofHCM

It’s also sheer hypocrisy – Carlson famously made a song and dance on his show about an ‘attack’ on his home and his family which wasn’t an attack, but now says @AOC shouldn’t be afraid for her life as armed mobs with nooses *actually* attacked and looted her place of work.

Mind you, Tucker just a few months ago was taking at face value the McCloskeys’ claims that BLM protesters were going to burn their house down and kill them… and has been repeating that ever since.

Truly, it is hard to imagine a worse human being than Tucker Carlson. https://t.co/eQMu61QHGE

The infuriating thing about this is Carlton’s dismissing fears that are completely valid BECAUSE *he* keeps making her a lunatic target. https://t.co/LsiRgaRjln